If the rain clouds are still hovering overhead then it’s time to call the cavalry, otherwise known as Rainbow Dash. In the world of hit TV show My Little Pony this pugnacious pegasus maintains the weather and clears the skies of Ponyville. British builder Andrew Harvey used around 3700 LEGO bricks to capture Dash’s colourful likeness, even managing to give her a sense of movement in the process. This sculpture is cleverly made using a “studs out” technique for the head, body and wings – but those expressive eyes are my favourite part of this model. 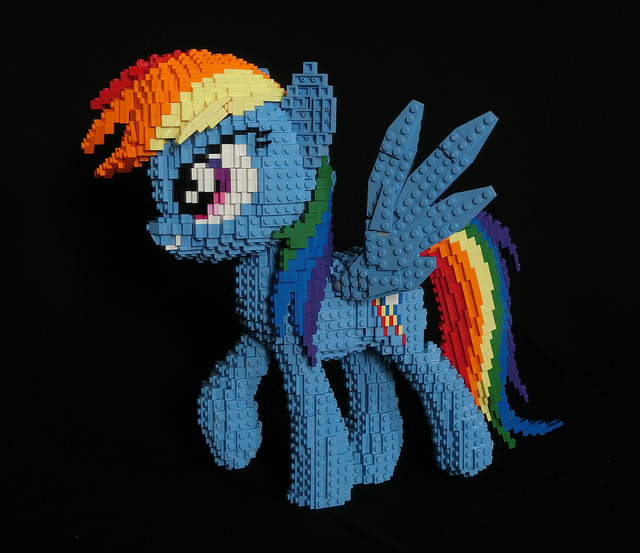 There’s also a view of Rainbow Dash’s swishing tail as she makes her way back to Ponyville to kick away a few rain clouds. And if you’re in the vicinity of Manchester, England this weekend you can even marvel at this model in person at the Bricktastic LEGO show. 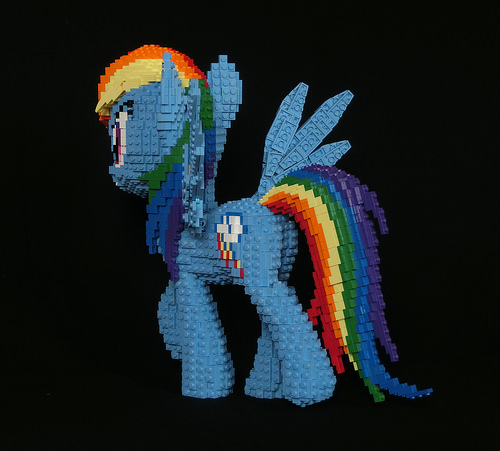