This week we’ve seen a flurry of new sets from the upcoming LEGO Ninjago Movie, including the massive and eclectic Ninjago City, a gorgeous dragon ship, and many cool new mechs. To round out the theme, LEGO has announced a Ninjago Movie themed series of collectible minifigures and revealed half of them today. Here they are below, with our initial impressions. Tomorrow, LEGO will reveal the second half of this series (including the pink haired girl from the packaging and a standard issue Lloyd in ninja garb). But from just the ten that we have seen, it appears that the series will be another highly sought-after collection for both fun and parts. So stay tuned for even more LEGO Ninjago Movie news coming this week! 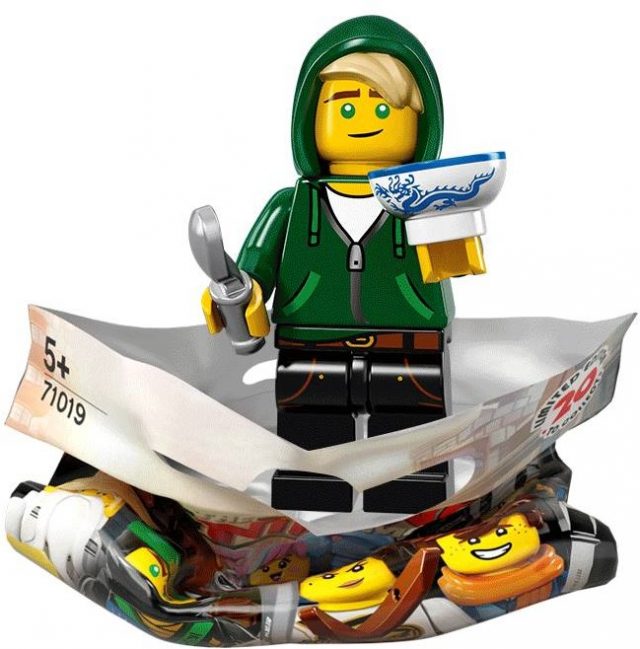 It looks like we are in for a beautiful oriental bowl set with new utensils, as well as a new molded head with hoodie. From the scrunched up packaging, it appears that the series will also include a ninja version of La-Lloyd too. 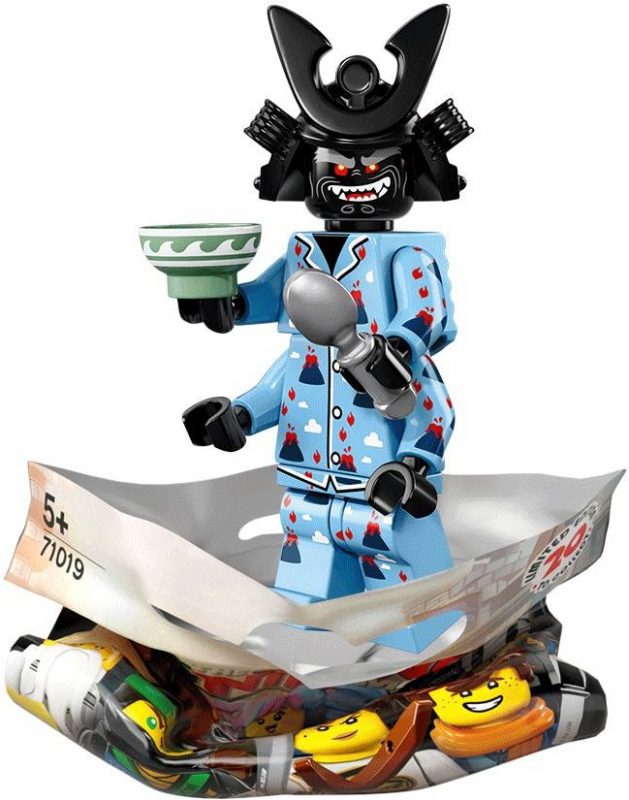 These volcano PJs are adorable and the upper shorter torso could be used for a cute kids sleeping set. But what stole out attention is the beautiful bowl rounding out the new dish set. 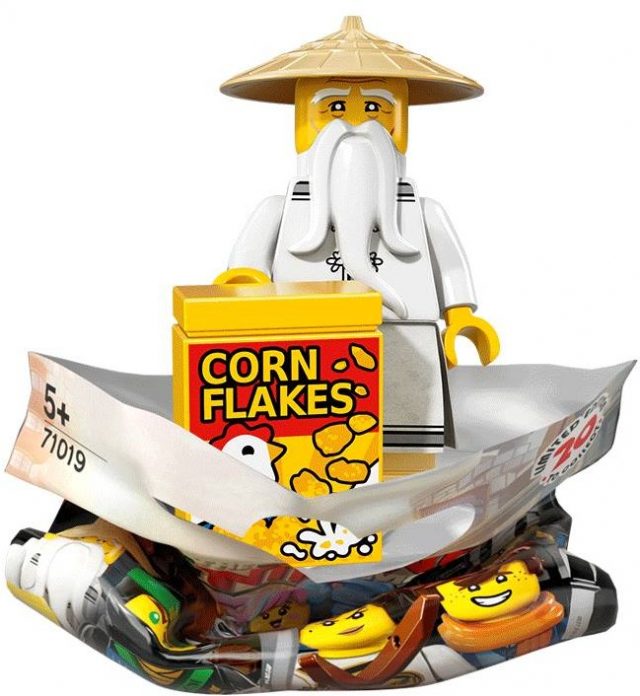 Master Wu appears to be similar to other sets already released, but in accordance to the running chicken and cereal bowl joke, we get a hefty box of corn flakes (half the size of the figure!) that should make him very easy to feel for. 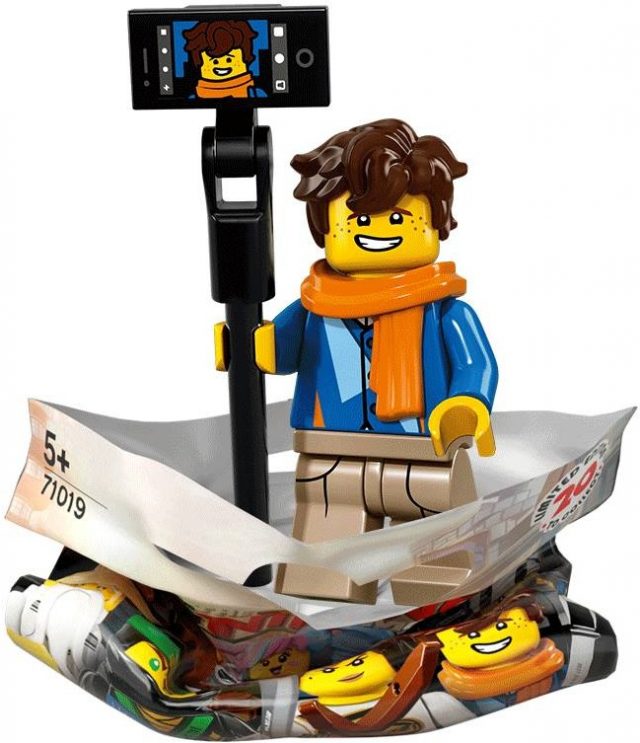 In addition to more of the ninja-fied minifigures, this series will also appeal to LEGO City builders with many new torso and leg prints. The standout with Jay is that incredible new scarf piece (which had been sorely needed in the Winter Village line) as well as a smartphone tile printed with a smiling selfie. 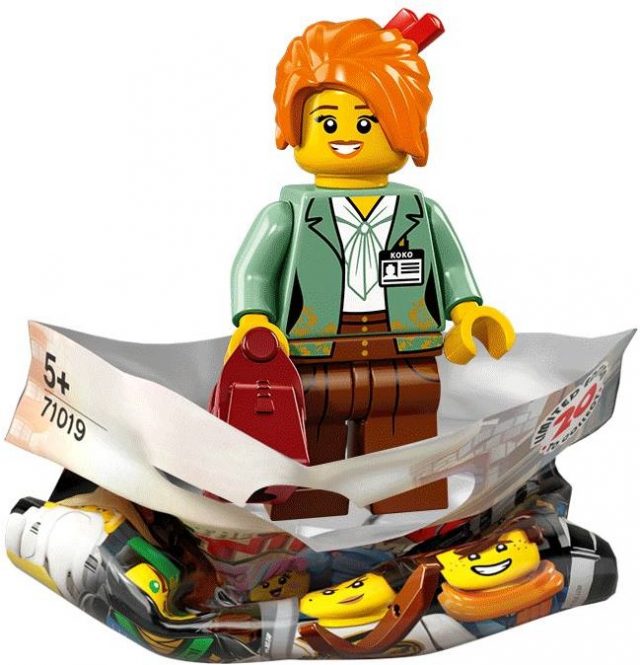 Lloyd’s mom Misako has previously been depicted as being older, so we can only assume that this might be a flashback version when she meets and falls in love with Garmadon. Either that or she is also suffering from the Spiderman Aunt May phenomenon of getting younger with every movie. That said, we welcome the new hair piece with chopsticks and a very loving “KOKO” name badge print. 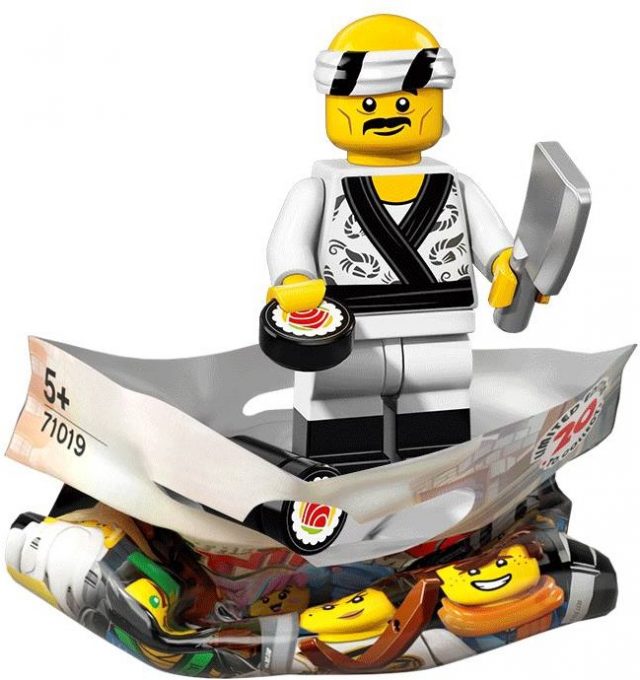 Sushi fans rejoice! It appears that the figure will include a whole roll of sushi tiles, as well as more cutlery and a new minifig bald cap with bandana. 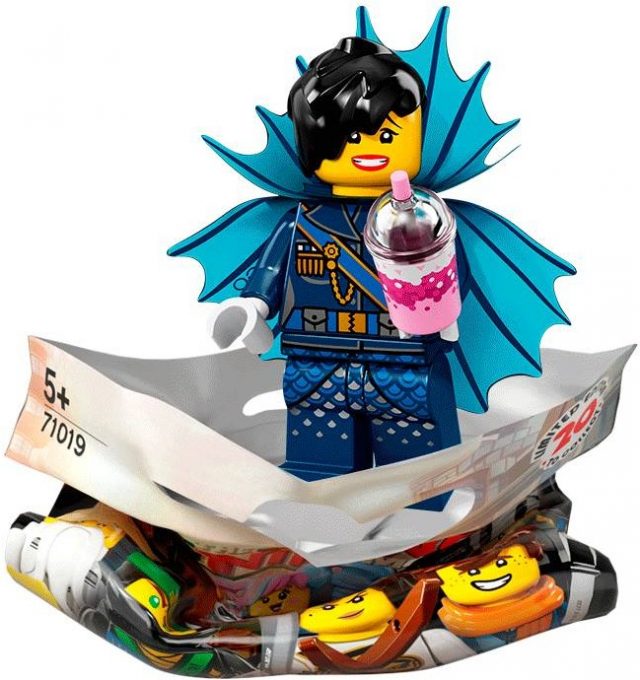 In a break from previous series, we get a Shark Army General with new hair piece who isn’t wearing the large angled dress piece. Much more convenient to fight in and sip a colorful bubble tea (with metallic printed dome!). 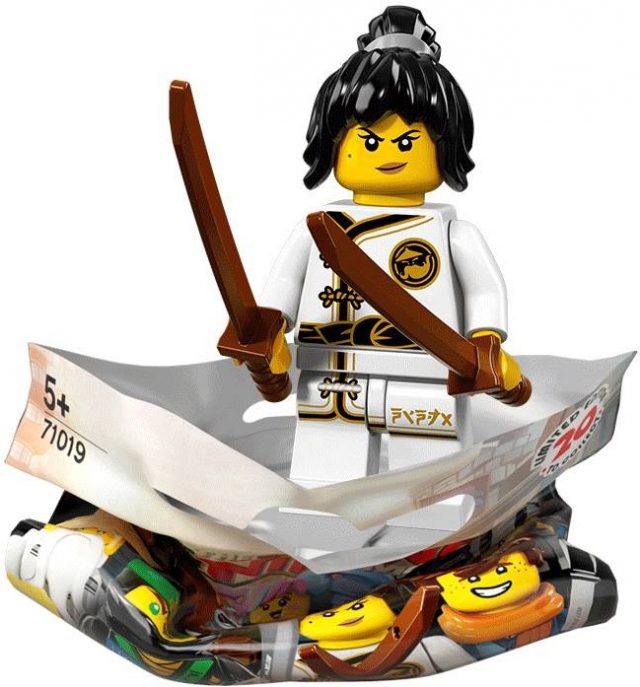 Nya is pretty standard issue with white training outfit (reminiscent of the white and gold outfits of the end of the LEGO Batman Movie) and wooden swords. From the packaging, it appears the swords may be printed with some training damage, though that detail isn’t apparent from the picture of the minifugre. 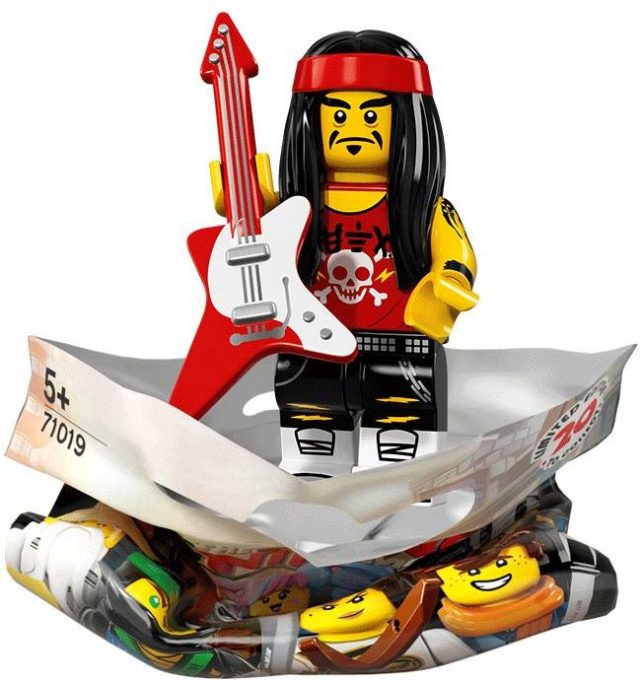 With his hippie hair, skull and crossbones torso and new guitar reminiscent of Glam Rocker Batman, this rocker is ready to shred some tunes–and his pants! 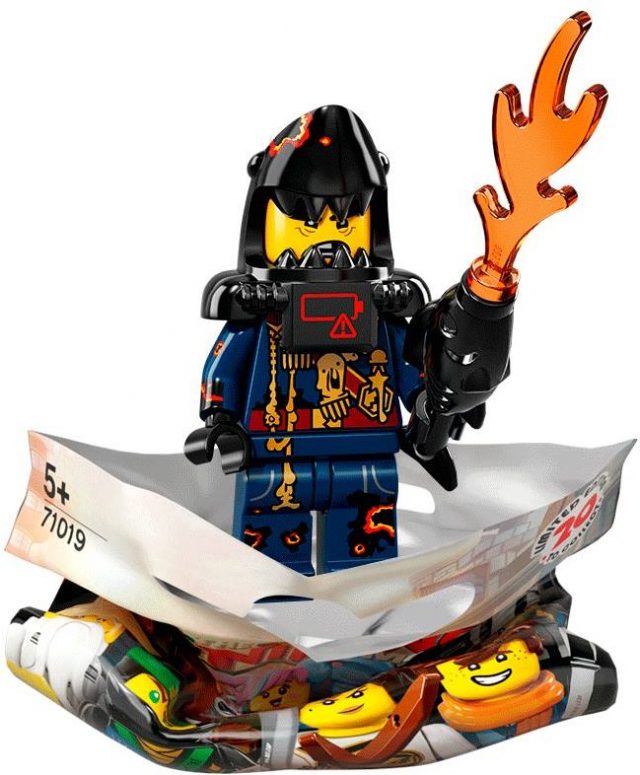 Though great white sharks are–well, white–this shark army trooper sports a black shark helmet and new black fish piece. However it looks like his battery is about to die on this helmet, so who knows how that will affect him.