The Second World War was a great tragedy in our history, but its horrors were not limited to the years 1939 through 1945, with some of its consequencess still lasting decades after the war ended. One such case was the Berlin Wall, which took the lives of hundreds of people seeking a better life on the other side of the wall. In memory of these victims of the East German regime, Collin has built a strong, emotional, and symbolic creation of a dove trapped in barbed wire. While the build is not a masterpiece of complex techniques, its true strength lies in the message. 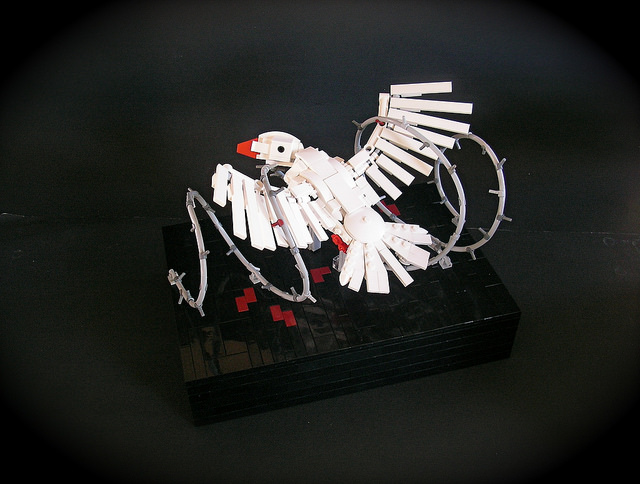 The builder adds a lot of information in his description, both about the Berlin wall and the build itself, so check it out if you can.