Back in January 2017, I started probably my most ambitious project yet: a full cosplay of Tracer, the time-jumping mascot of the wildly popular team-based shooter game Overwatch, with LEGO elements. While the full costume is not yet complete, I reached a point in the project worth sharing, just in time for Brickworld Chicago this week. I completed her Pulse Pistols, Pulse Bomb, and Chronal Accelerator, which grants her full in-game set of abilities. 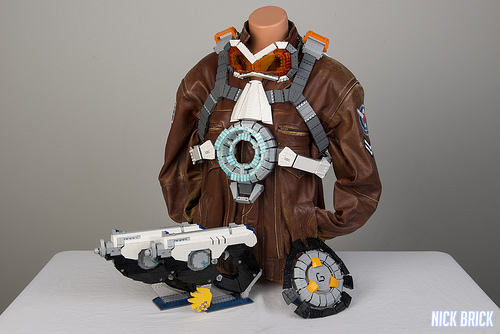 I wrote about the Pulse Pistols in depth back in March, so I will cover the Pulse Bomb and Chronal Accelerator here. The Pulse Bomb, her ultimate ability, consists of two concentric gray circles surrounded by a black triangular trim. The circle held together by click hinges would normally require sixteen segments, but to maintain even angular spacing of the flame orange slopes and black trim, I reduced that to fifteen. 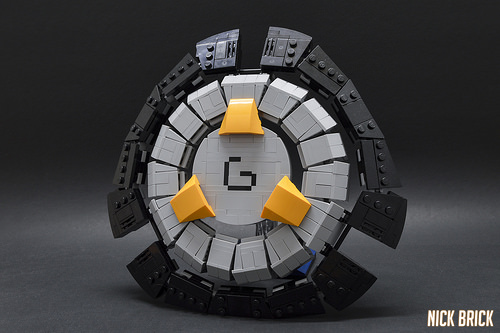 The Chronal Accelerator was the most difficult part of her arsenal to construct. I decided early on in its construction that the support straps would be held together by ball-and-socket joints like those commonly found in the Mixel series, as they are strong connections but also flexible enough for the harness to be worn on different body types. 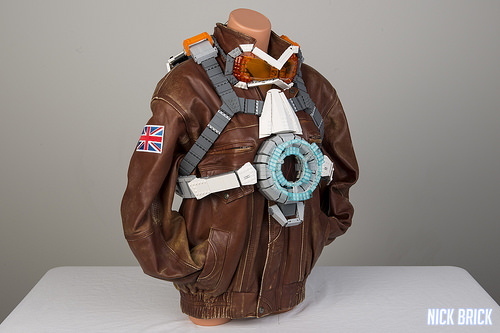 The whole harness was built front to back. The straps lined up in the front nicely; however, matching the angles they made with the reactor in the back was tricky. Angled Technic liftarms and flexible connection points received the straps in the rear, but still allow for it to be adjustable. 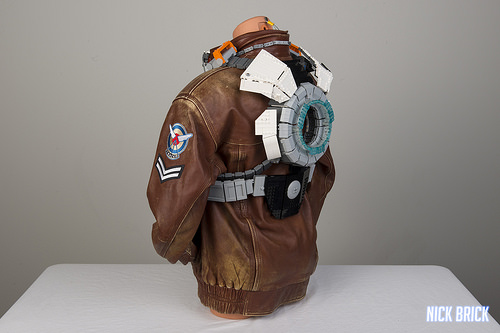 The goggles are also wearable. As tempting as it was, I didn’t want to force the use of a LEGO canopy if it didn’t match the shape of the goggles in the game. Fortunately, the two canopies I used were a close fit. Vision is slightly distorted with the goggles on, but one can see through them. 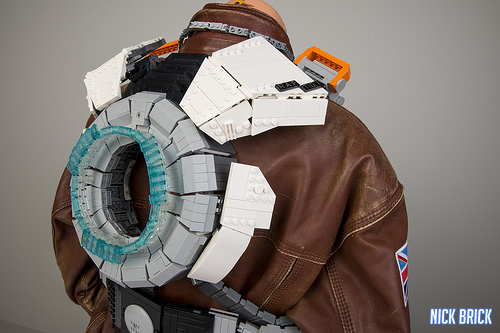 See more photos of the full arsenal on Flickr, and watch for the demo video to go live on YouTube in the very near future.