What started out as a dare to find a use for the giant technic gears from LEGO’s 2003 Hailfire Droid set has turned into this charming LEGO representation of a picnic in the city. Inspired by fond memories of summer bike rides, Canadian builder Mel Finelli has made ingenious use of many unusual parts to create an almost photorealistic scene. From the reproduction vintage ’30s LaFrance bicycle, retro radio, wicker basket full of goodies and Kensington lamp post, every component of this build demands closer examination to truly appreciate the techniques and finer details. No wonder then that this build won Best in Show when it debuted at BrickCan 2017 in Vancouver last month. 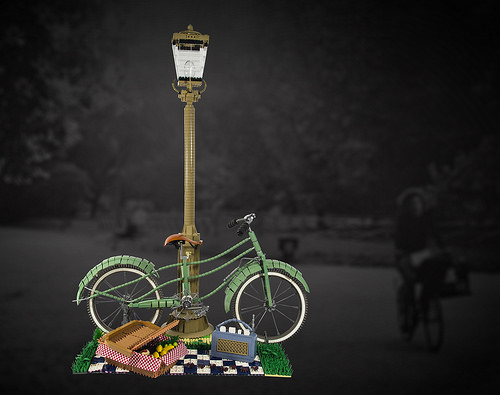 The delicate curves of the Super-Streamline’s frame were carefully crafted with LEGO flex-tube, onto which many sand green 1×1 round bricks were threaded. I imagine it took a long time for Mel to collect all the other parts in this color needed to form the mud guards and body work. It’s rarity makes it a hard color to work in, but the result is always worth it. Also note the silver minifig crossbows for the front gear! 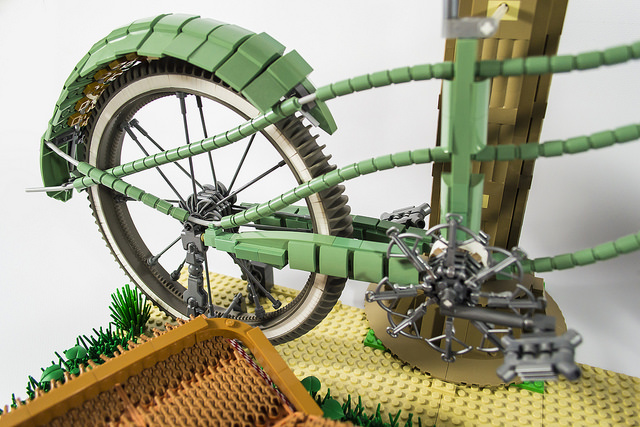 While it may not grab your attention next to the bicycle, the picnic basket is an amazing feat of patience. Mel actually completed this piece during BrickCan, and I had the pleasure of watching her spend the better part of two days attaching a thousand minifig hands to its surface with a pair of tweezers. Not an easy task, especially when you’ve got someone as distracting as me sitting next to you! All the goodies inside the basket are brick-built, including a bunch of Banana Guy minifig costumes posing as actual bananas (their dead faces thankfully turned away from us). 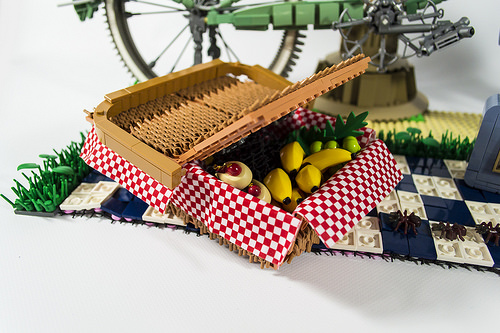 The Victorian lamp post is magnificent but it also serves a very important purpose: it props up the model of the bike! During reassembly, the bike got destroyed on at least one occasion when a hastily placed water bottle shifted. Here you can also see the use of dark orange balloon parts for the saddle and some of the many silvered parts that make up the bike’s mechanics and handlebars. 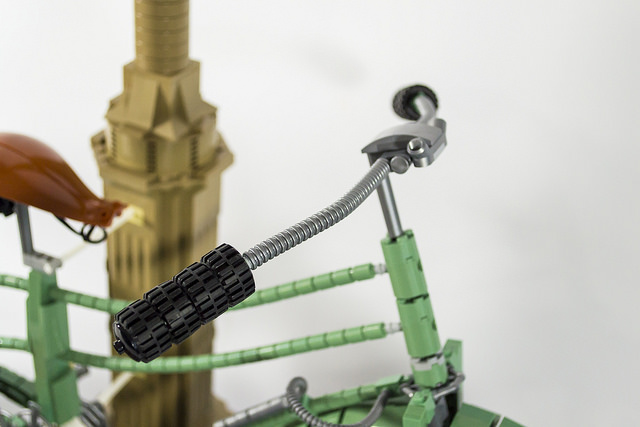 Do you want ants? Because this is how you get ants! 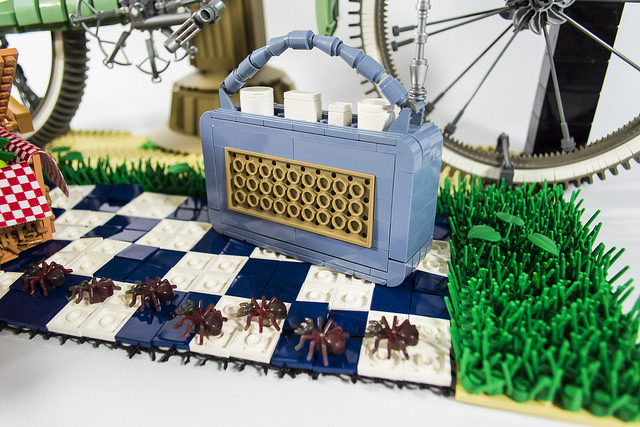 Check out the full set of pictures on Mel’s Flickr album.