The Grenadier 929 by halfbeak is the Lunar League’s primary attack/defense unit operating between the Moon and Earth. Able to vertically take off and land on most flat areas, its primary propulsion is a photovoltaic powered, hydrogen propelled magnetoplasmadynamic thruster – also known as the Lorentz Force Accelerator. Its four gimbal-mounted directional rocket thrusters and four photo voltaic panels include redundancies allowing it to still operate one as little as one of each. 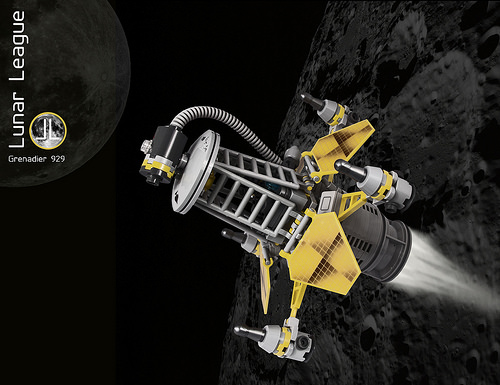 The 929 is well defended with bow-mounted laser, reinforced titanium front shield and an EM field-generating cage to protect against EMP attack and general environmental radiation. It also features a pilot module that can separate from main propulsion unit and function as a lifeboat with its own limited propulsion and guidance systems. 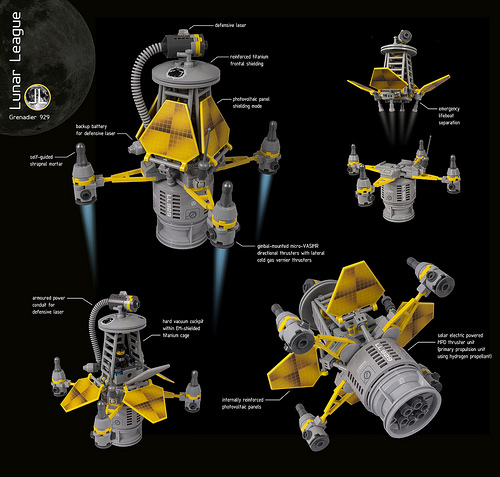 The builder has also included a fantastic visual breakdown of all the components and created swaths of background information to go with it!