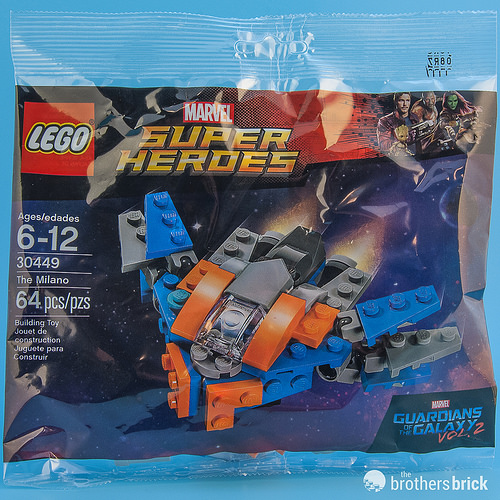 Only 64 pieces, but they’re a good mix. There’s a healthy dose of wedge plates and connectors, so you could even cook up some other decent spaceships with this selection. Plus, the blue and orange really look great together. That said, there’s nothing particularly rare here either. 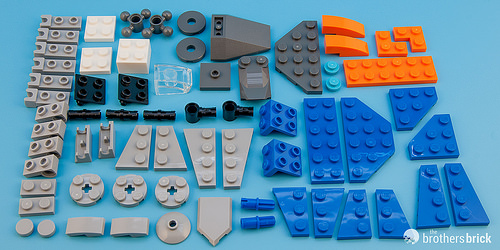 Due to its feathery shape, the Milano is a complicated ship to design in small scale, and even the minifigure scale ships don’t do it justice. However, given the micro scale of this model, the final result is pretty remarkable. A single 1×1 round plate in medium azure works as the dot on the Milano’s wing, though I’ve built so many microscale Star Wars ships that I keep thinking it’s an astromech unit. 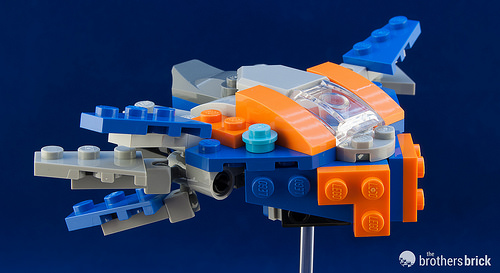 The angled nose of the ship uses a pair of hinge bricks, and the Milano gets the same canopy as Wonder Woman’s invisible jet from the Dimensions pack.

The splayed wings look quite good, each connected with a Mixels ball joint to a Technic steering arm that provides three ball attachments. 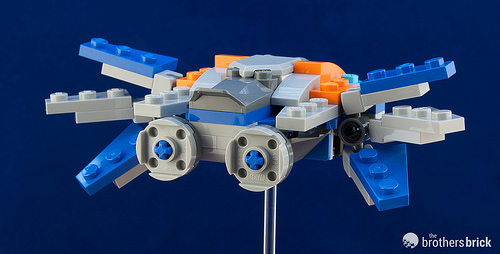 The rear engines can tilt up and down as needed thanks to a Technic connector with friction. Sadly, they don’t have any transparent elements for the thrust jets. 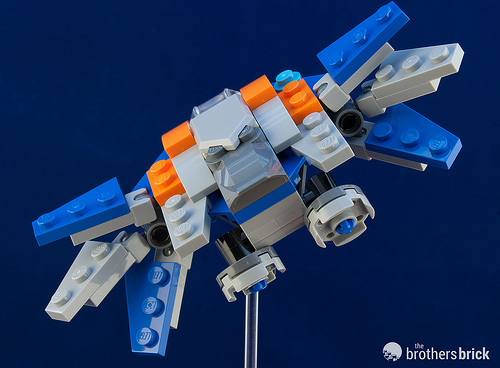 It’s not a spitting image of the Milano, but this tiny model is impressive for just 64 pieces. It definitely captures the feel of the ship, and likely the only way it could have been better is if it came with a baby Groot.