In addition to the best LEGO models created by builders from everywhere on the planet, The Brothers Brick also keeps you up to date with the most timely and relevant LEGO news and reviews. This is our weekly Brick Report for the third week of April 2017. 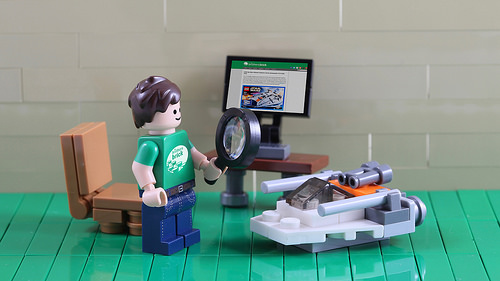 TBB NEWS, REVIEWS & INSTRUCTIONS: It’s been a bit of a slower news week here at The Brothers Brick, with a flurry of last-minute building by several of our team members heading north to attend BrickCan. Nevertheless, the rest of the team has been busy bringing all our readers up to date LEGO news and reviews, as well as the best LEGO models we can find.

OTHER LEGO NEWS: There’s a lot of news out there we choose not to bring you as it happens, but that doesn’t mean that it didn’t happen. Here’s the rest of what happened in the LEGO world this week.