Australian builder Shannon Sproule has once again created a stunningly unique sci-fi model. Shannon has a real knack for being able to use a minimalist parts palette to great effect in his builds. The repeated pattern of the white tiles on the side of this craft is what initially catches the eye, but the various hits of colour throughout really make the model pop. 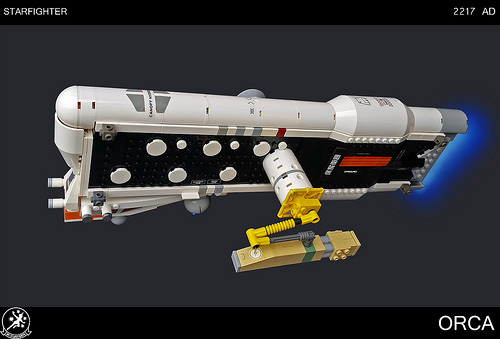 Not only is the ORCA nice to look at, but it also would be incredibly fun to play with. With a hidden missile port in the nose and modular equipment hardpoints on the lateral pylons, she is just begging to be swooshed. 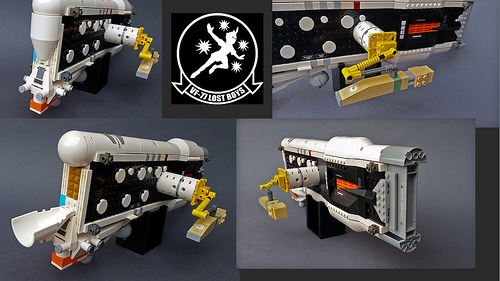 Shannon built this for the ongoing Real World +200 contest in the Flickr Starfighters group. In fact my Orcinus class gunboat that we featured last week was built for the same contest. And yes, I did get a chuckle out of the fact that Shannon and I chose to name our ships after the same whale.