Toronto builder Mel Finelli has built a rather wonderful model of the character from the 2012 indie game Journey. I am the first one to admit that apart from Mario Kart I don’t know a ton about most video games, in particular when they are indie, but that doesn’t take away from the appreciation I have for Mel’s beautiful model. She has done a fantastic job of layering curves and slopes to create the flowing robes of the character, something that is anything but easy to do with LEGO. 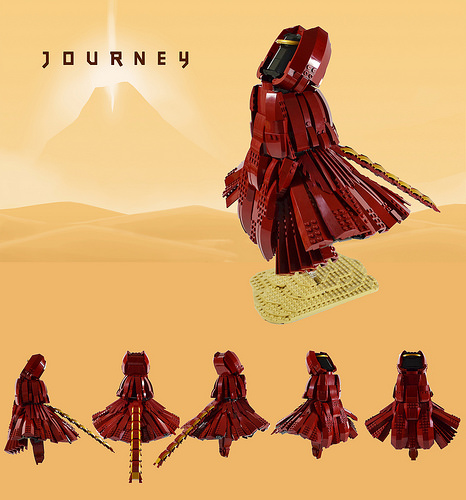 The resulting 15″ character is interesting to look at from every angle, which Mel was nice enough to provide in her composite image. Those of you that are lucky enough to be going to BrickCan this weekend will be able to see the model in person.