Jme Wheeler has created the MDTDX Fiona Far, which is meant as a re-imagining of the official LEGO set 7706 Mobile Defense Tank. The builder notes that they thought the set “had a lot of cool things going for it, but the actual build was flimsy and lacking a bit in substance”. Starting with that basic idea, Jme rebuilt the set from the ground up, including adding more flexibility in the form of four sets of movable caterpillar tracks to replace the original’s rubber treads. 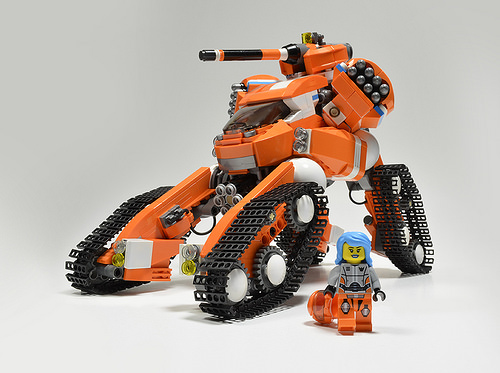 Overall, his version of the MDT is smoother and more imposing. He has also beefed up the firepower, adding a Gatling-style stud-shooter below the cockpit for taking on ground vehicles, in addition to the original sixteen shouldered missiles for surface or air targets. 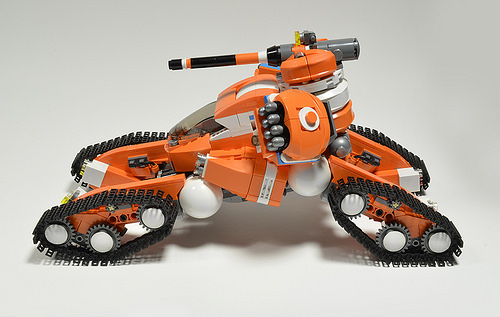 The MDTDX can hunker down to reduce its targeting profile; the configurations that are possible allow the vehicle complete domination over a range of terrain and the ability to engage enemy hostiles in the most extreme environments. 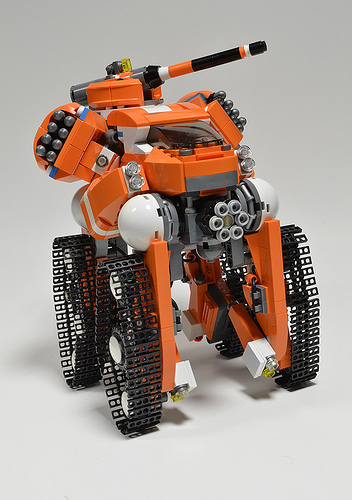 The MDTDX is even able to rise up to give itself a height advantage and increase the range of the main cannon allowing the pilot to clean up insurgents from a distance.