As the craze for building custom Brickheadz continues to work its way inexorably through every corner of popular culture, a few gems are popping up. Here Johnnie “Brick” Xavier has recreated young dancer Maddie Ziegler as she appeared in the 2014 music video for Sia’s breakout hit Chandelier. 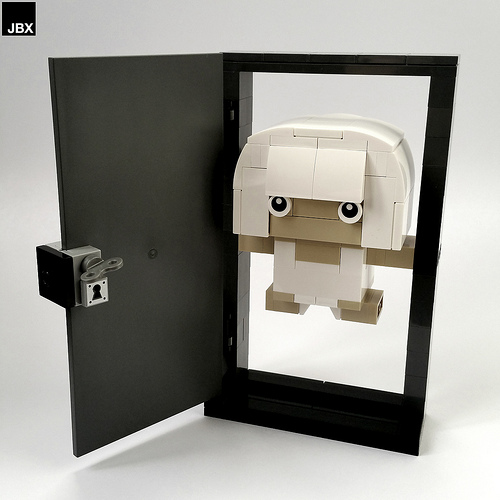 The unconventional style of the Australian singer required an unconventional video, and this visceral performance by then the 11-year old Zielger delivered: 1.5 billion views later it is now one of YouTube’s most watched videos. While sticking to the Brickheadz pattern, Johnnie’s LEGO rendition is immediately recognizable, helped by the addition of a prop and pose lifted perfectly from the video itself. All that’s missing is a Brickheadz version of Sia herself – her back turned toward us, naturally.