Today we have not one, but two versions of the cartoon character Droopy created by American animator Frederick Bean “Tex” Avery.  Droopy was created in 1943 during the Golden Age of American Animation, and was known for being a rather lethargic, slow character with a monotone voice and deadpan humour. The first LEGO version of this character is by Jimmy Fortel. With those hanging jowls, drooping eyelids, and characteristic paunch, there’s no doubt about the name of this dog. 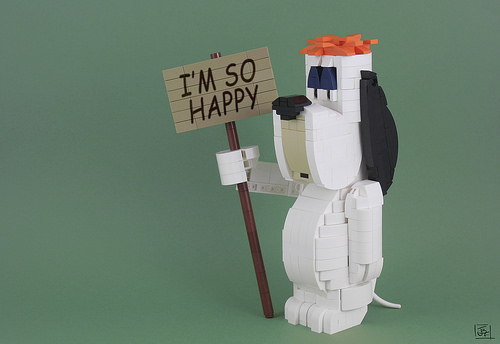 74louloute has not just stopped at Droopy, but included LEGO versions of the Wolf and the Red Hot Riding Hood. This second build is a smaller-scale version of Droopy, with good use of the droopy eye 2×2 tile and some nice shaping around the muzzle. I had to smile at Wolf’s classic ‘eye on stalks’ pose when he spots Red Hot Riding Hood — those red helmets are certainly protecting her assets! 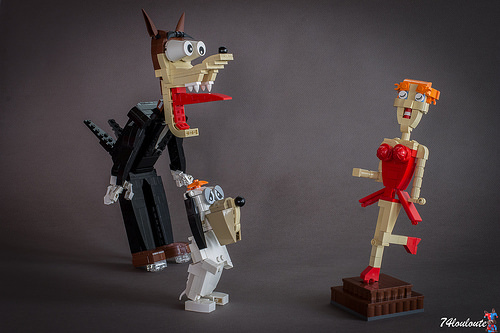