Welcome aboard Daniel Siskind‘s X-Craft Mini Sub for adventure under the high seas. The captain salutes from the forward top hatch, grabbing a breath of fresh air after months of stale air tinged with the sweet smell of submariner sweat. Waves crash over the bow as the submarine slices through the turbulent seas (a large trove of translucent white and blue studs). With the British Naval Ensign flying proudly astern, the silent hunter of the deep will slip back into the depths and continue to patrol the oceans. 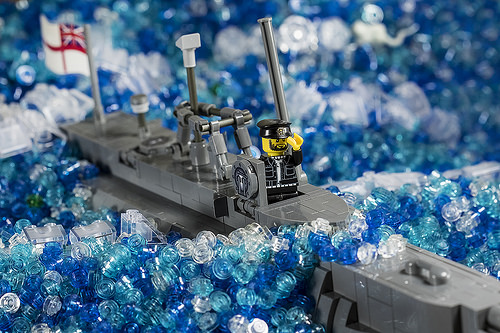 Inside, the belly of the beast also features working hatches in the bulkheads, periscope and various crew stations. 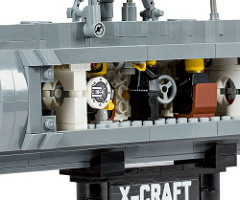 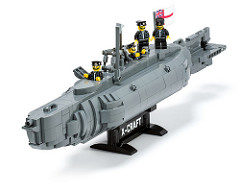 Like most of Dan’s work, copies of this model are for sale through his company Brickmania, which recently produced our own Senior Contributor Ralph’s Antarctic LC-130 aircraft. The X-Craft Submarine will set you back $445, and new kits often sell out quickly.