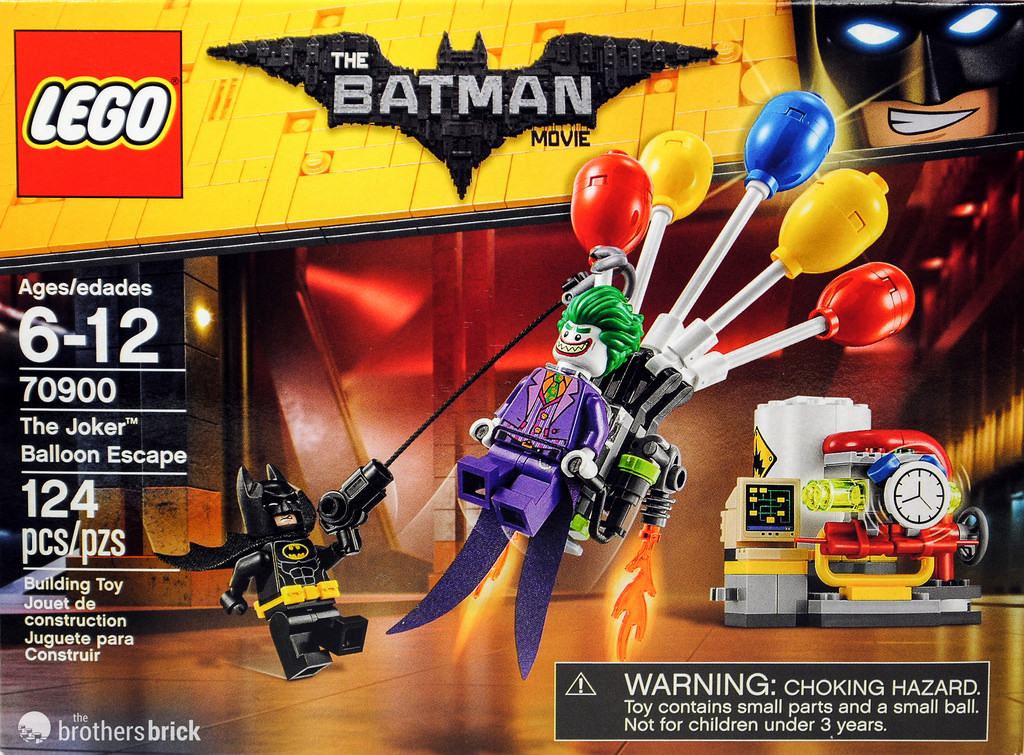 The LEGO Batman Movie has been out for over a month and it’s still going strong in the weekend box office sales race. Last week, for example, it was the fifth highest grossing film of the weekend. Not too shabby for a kids movie featuring LEGO minifigures.

By now, most of you have probably picked up a few of the LEGO Batman Movie sets (or at least eye-balled the back of the boxes in the store). And while we here at the Brothers Brick have already reviewed many sets from this line, there are still a couple of LEGO Batman Movie sets that we haven’t looked at yet. Here’s a look at one of the entry-level sets… 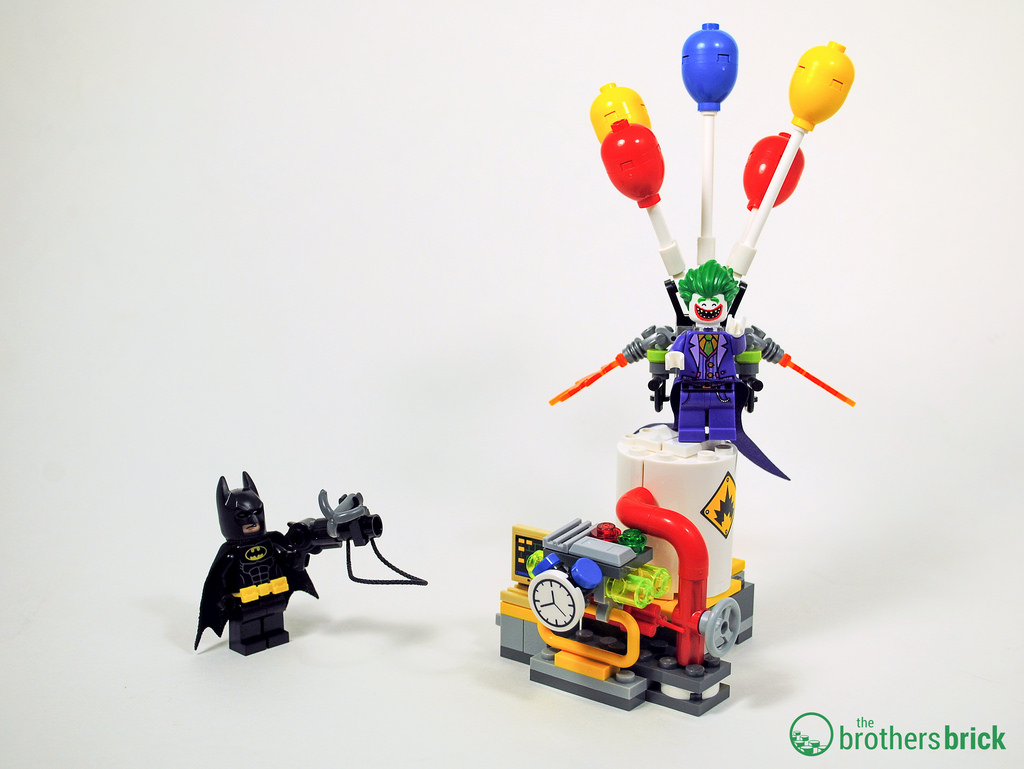 Joker Balloon Escape [70900] retails for $14.99 and contains 124 pieces. At LEGO’s standard price of $0.10 per piece, this small set may be slightly overpriced. However, since it contains two minifigures and some new, useful parts, many Batman fans may choose to overlook that fact.

The main components are the two minifigures, a power plant console, a comically over-complicated bomb, and the Joker’s balloon pack. There’s also a play feature where the two halves of the tank break away from each other, simulating a bomb explosion. (You know, just in case Batman doesn’t make it in time.)

Interestingly, this set can combine with Mr. Freeze Ice Attack [70901] and Scarecrow Special Delivery Vehicle [70910] to form a mega-set: the Gotham power plant featured in the beginning of the movie. 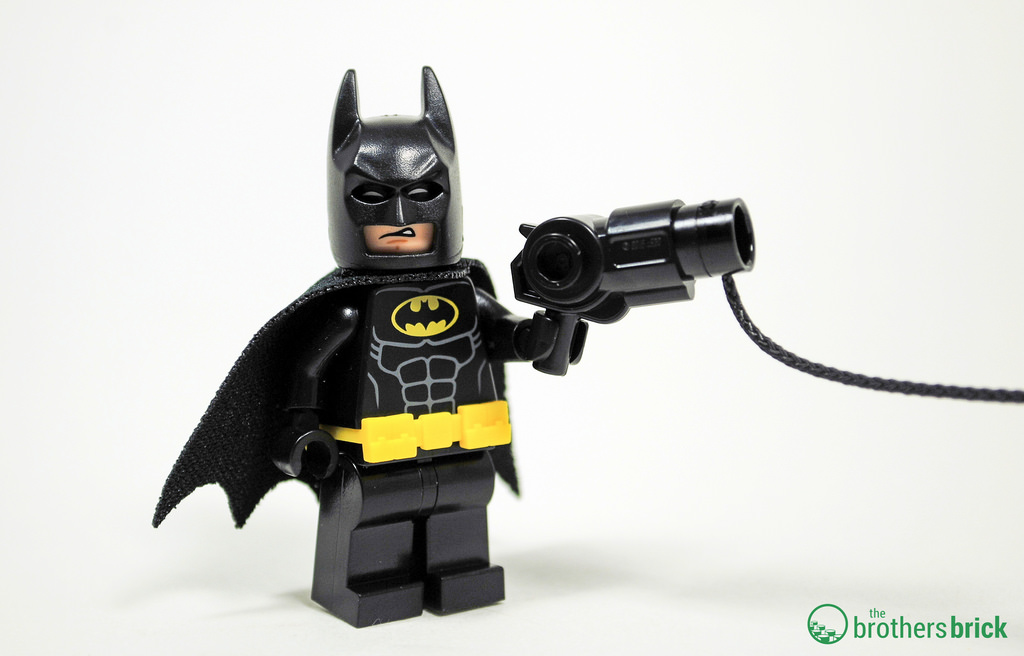 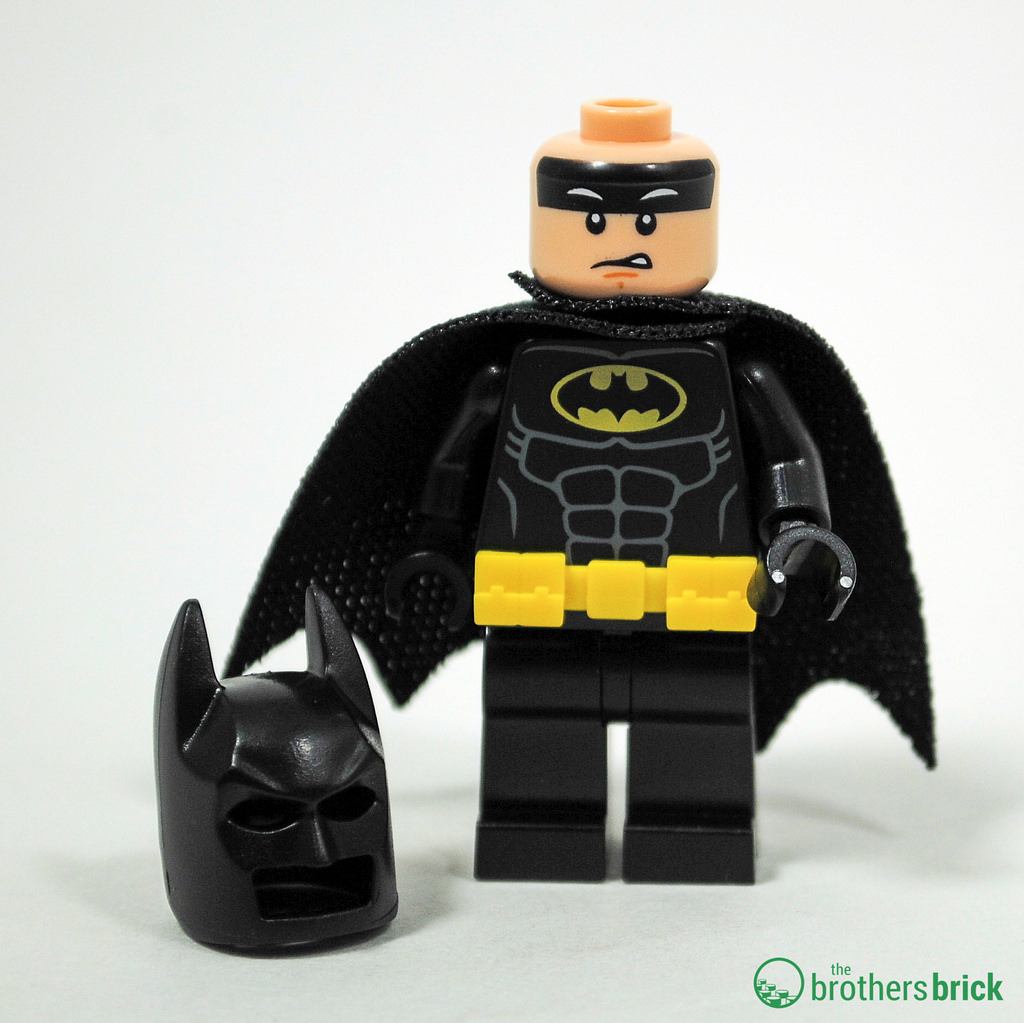 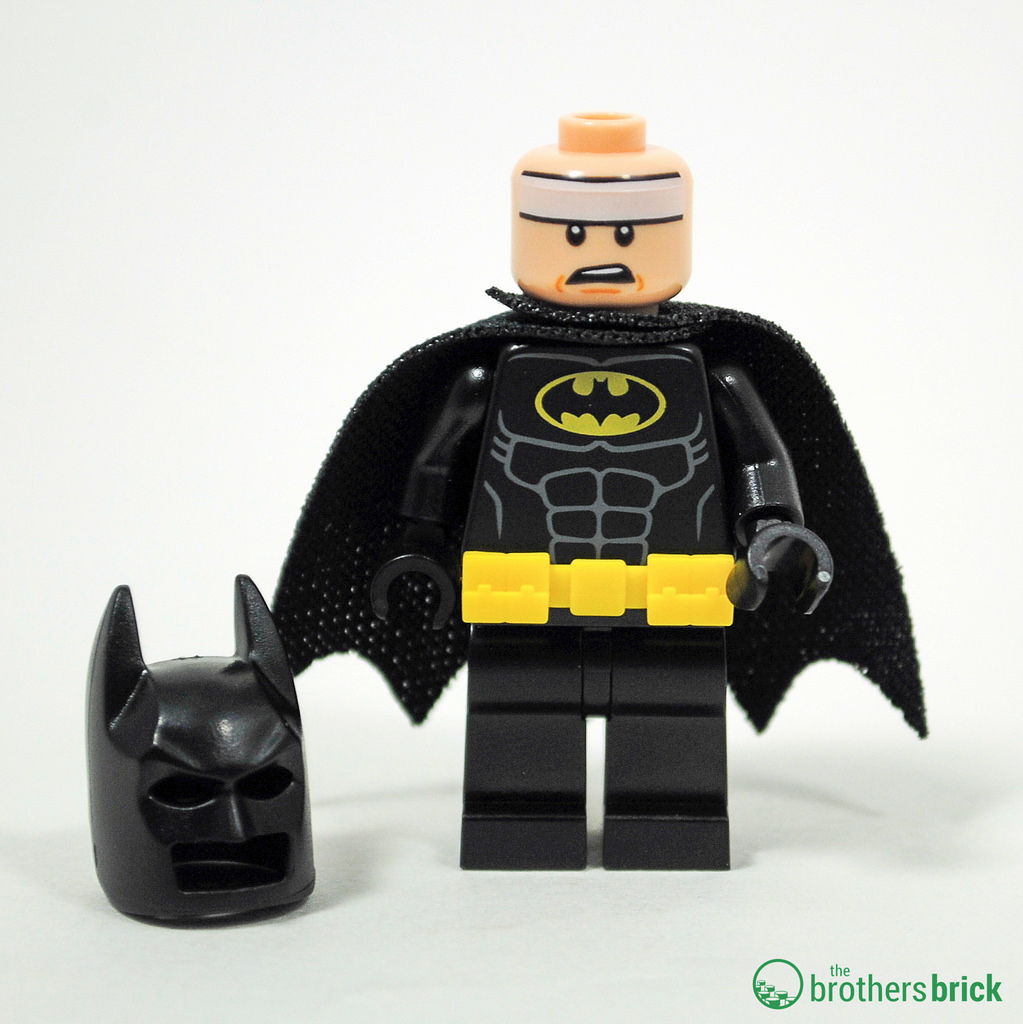 The set also contains Batman’s wannabe-nemesis, the Joker. I love his snazzy purple suit with incredibly long tails. It’s so gaudy, but somehow rather stylish. Unlike some of the other sets that feature a frowning Joker, here we get a dual-printed Joker head — an evil grin on one side and a joyful laugh on the other. 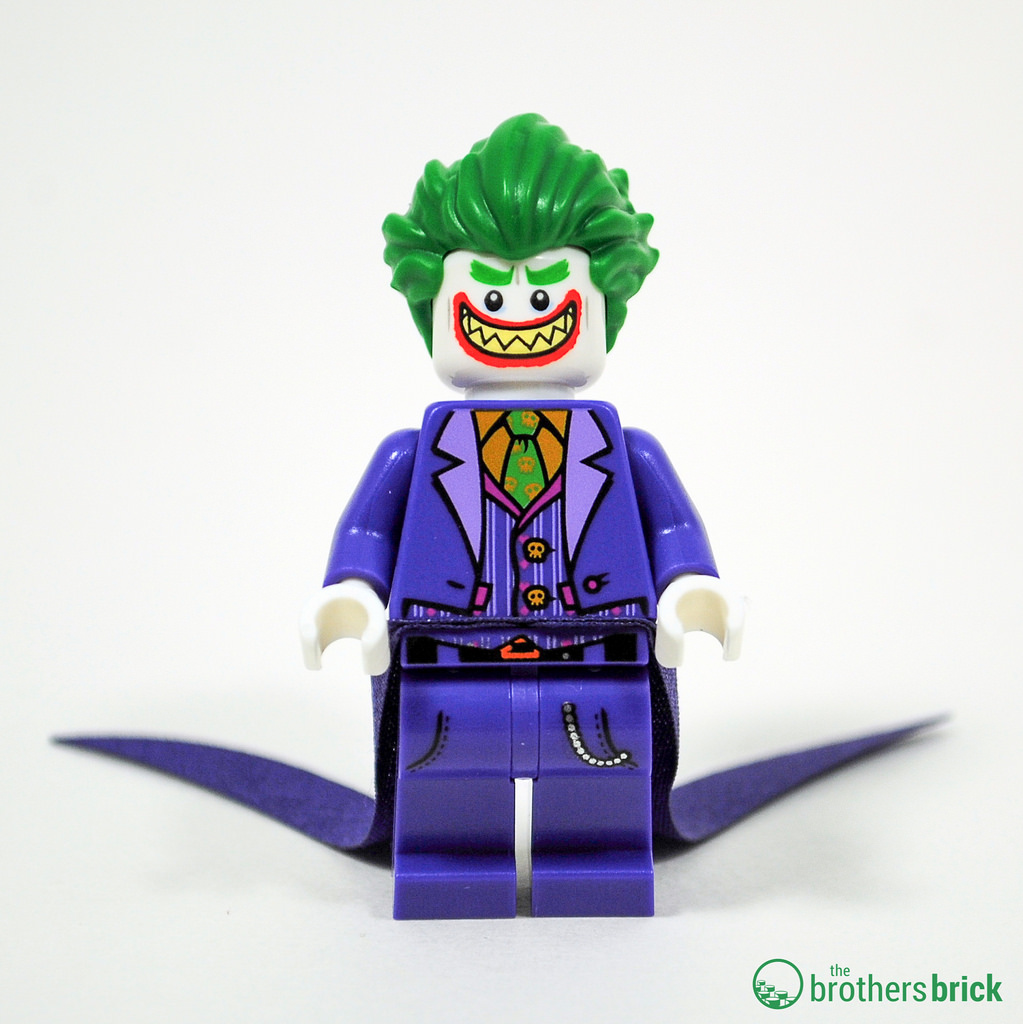 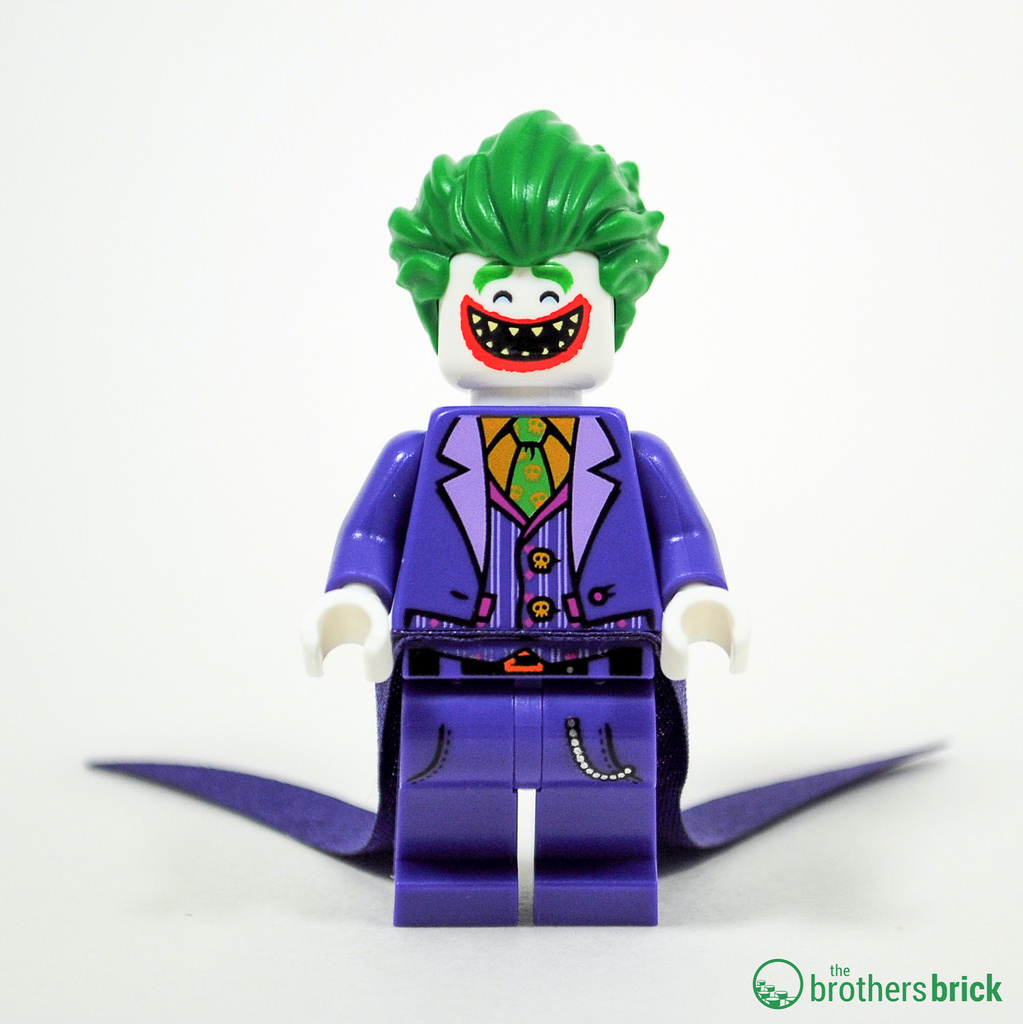 To my chagrin, there are no printed tiles. Instead, two pieces require stickers: a computer screen and a warning sign for a power plant tank. I’ll admit that I started to break into hives when I first realized I had to place a sticker on the large round tank piece. (I almost never get those tiny stickers straight, and the resulting crooked design always haunts me.) Like many others, I prefer to avoid the stress of stickering by buying sets with printed LEGO pieces. 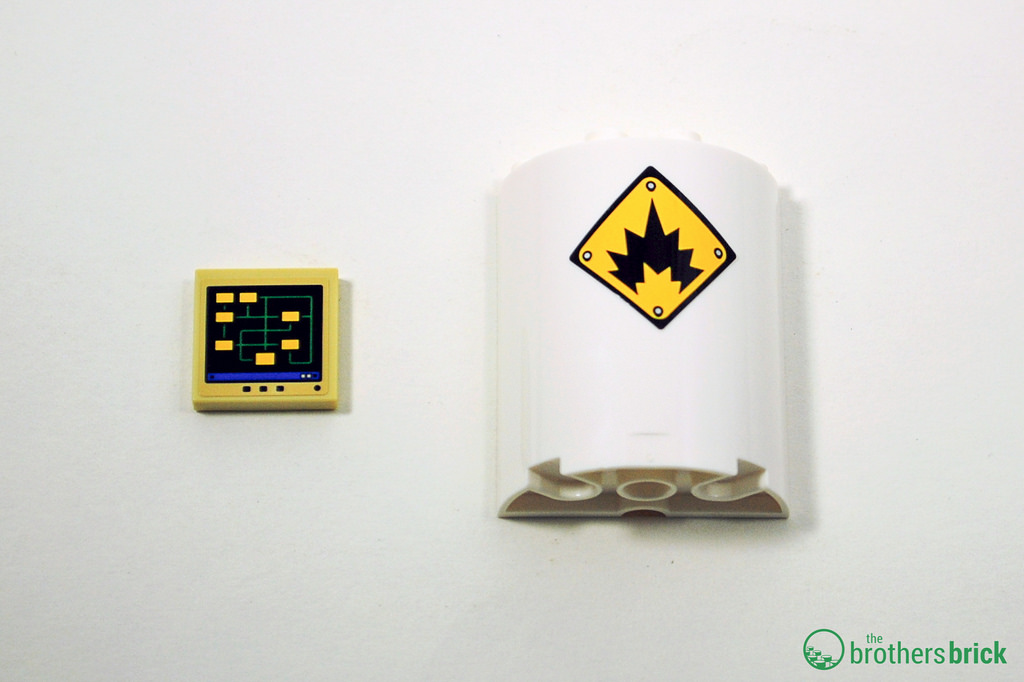 Looking at the new parts, we get three colors of the balloon bottom (or 2×2 round brick with studs and dome bottom), a lime green lillypad (or round 2×2 tile with hole), red macaroni (or 90 degree elbow), and a light gray teeter totter (or modified 2×4 plate with pin hole). Not a bad haul.

Overall, there are some great play features and a fabulous, colorful parts selection. Even with its slightly higher-than-average price, it’s a pretty nifty set in my opinion. What do you think?

If you enjoyed this review, don’t miss our other reviews of sets from The LEGO Batman Movie: