LEGO recently released a new series of sets called Brickheadz, cute brick-built characters that seem to be the LEGO equivalent to Funko’s Pop Vinyls. And it’s no surprise that fans are responding with their own characters in this style. Tokoyo Tag Team have two couples to share the limelight. Firstly we have Shin Hayata, the lead character in the Japanese TV show Ultraman, and one of the monsters he fights, namely Gyango, who appears in an episode gloriously translated as The Rascal from Outer Space. Ultraman’s helmet has the perfect retro-futuristic vibe of a 1960’s sfi-fi television show. 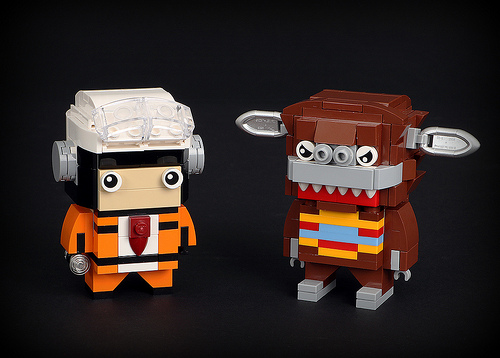 Next up we have King Joe Black from the television series Ultraseven, a follow up to Ultraman. The slug-like creature next to him is Twin-Tail, a 15 kiloton prehistoric monster from the Return of Ultraman series. What a cutie! 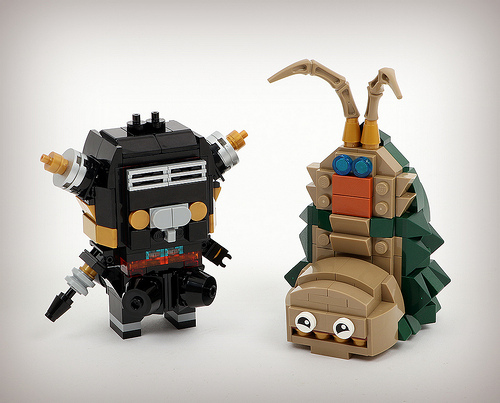 Capturing characters in this chibi style is a great way to hone your character building skills by picking out the key features with bricks. I’m sure there will be lots more of these fan-built Brickheadz to come.