This scene by W. Navarre, while simple, hides a deeper complexity in the construction of the hut and rockwork under it, but most notably the build has great atmosphere and a unique theme. On such a small scale, using many colours can be very risky, which is why I am happy the builder only used as many as he needed to. 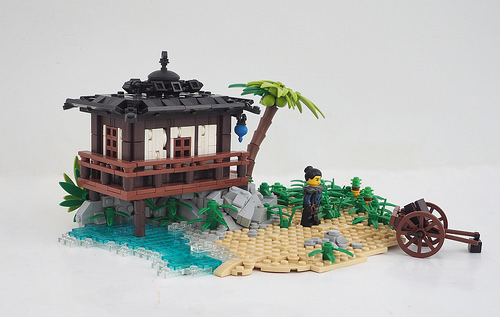 There is more to the build than only that seen on Navarre’s Flickr page, as he shares a few more vignettes on MOCpages, including a temple and a juice pressing structure. While it is not accompanied by a story as most of Navarre’s creations are, it leaves more to the imagination. It was built as part of The Tourney 2017 competition on MOCpages.