LEGO had the box for the next series of Collectible Minifigures (CMF) covered up when we were at their preview event in New York yesterday, but after we, FBTB, and others had left, they uncovered the box for some reason, and media who were still hanging around got a peek. The box confirms a number of previous leaks and rumors, so let’s dig in on what we’ve learned so far. 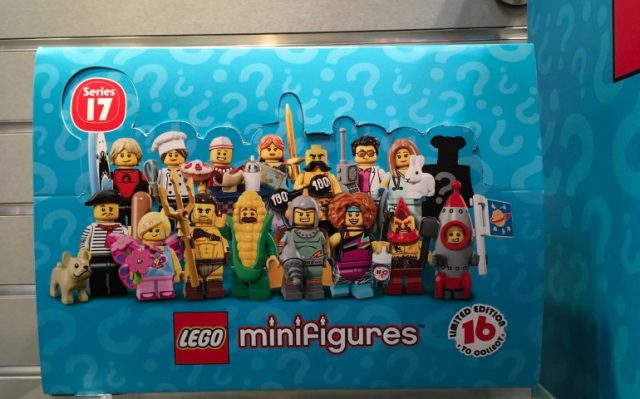 Series 17 appears to include the following minifigs:

Photo via The Brick Show.