Alternate X-wings and TIE Fighters certainly aren’t unusual among custom LEGO Star Wars creations, but this pair of starfighters by Christian Lintan looks like it could have been built from the all-white LEGO Architecture Studio set, though of course many of the parts don’t come in that set. Despite the parts limitations, Christian has achieved great shaping, particularly on the X-wing — the sides of the nose, the engines, and even the flash suppressors on the S-foil laser cannons are all unique design solutions, not just a recolor of an official set. 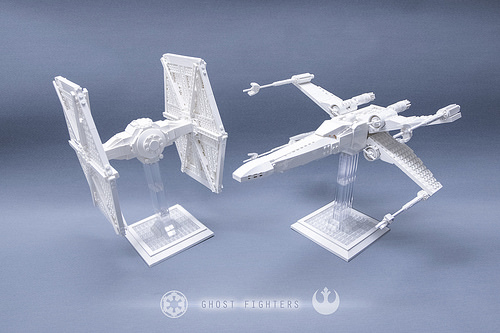 Christian builds almost exclusively in white, and while that might sound boring on paper, I was mesmerized by his photostream on Flickr (and he also has an Instagram). Check it out!