Canadian builder Nick Della Mora shows his love for Destiny with his life size LEGO replica of the Young Wolf’s Howl, an exotic tier sword first appearing in the Rise of Iron expansion. It would have been difficult to construct the engraved Iron Lords crest on the blade and still have the blade hold together when wielded, but it would also look inaccurate to skip that detail altogether. Nick’s choice to instead focus on the red-orange glow of the crest was a creative idea, and led to a neat light-up effect. 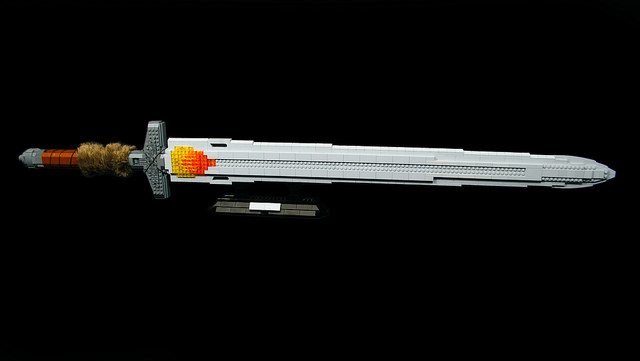 In the video below, Nick shows the light-up crest and the techniques used in the blade to maintain stability.

If you enjoy LEGO Destiny, you may also like Nick’s Cosmodrome diorama, or other exotic weapons such as the Khvostov 7G-0X and No Land Beyond.