We recently had the opportunity to talk with Pacurar Andrei, also known as Vitreolum (Letranger Absurde). Pacurar lives in Romania and builds in a wide range of styles and genres. His work is highly regarded and his build, Room with a View, made our short-list of the year’s best creations. Please walk with us as we explore the mind of a builder! 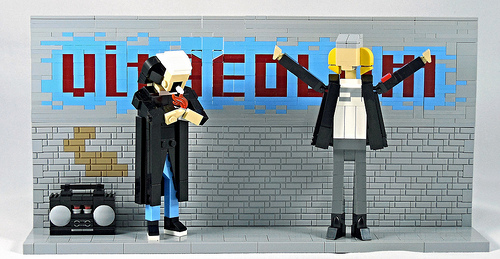 Pacurar Andrei: I got into the hobby when I decided to sell my childhood collection. They were all mixed together in two large bags, so I had to sort and build everything… by the time I was done with this I ended up buying sets instead of selling. Everything inspires me, from someone else’s build to things that surround me. Sometimes just looking at a certain part will be enough. Or just an idea that suddenly pops in my head. Although my biggest source of inspiration has always been movies, games and literature. The challenge is whether I can translate it into bricks. 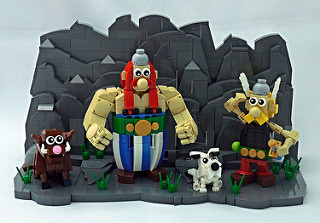 The Brothers Brick: I totally understand that. How do you choose what you are going to build next? What kind of thought or planning goes into your builds?

Pacurar Andrei: There is no pattern whatsoever in how I choose my builds. I mostly build everything on a whim. There’s rarely any planning involved, just dumping the bricks and starting to build. If there some planning (especially when I build for contests and such), it’s researching a certain subjects, looking for references and finding techniques to “borrow” from other builders, naturally. 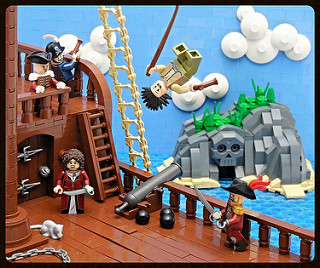 TBB: Do you learn a lot from other builders? Can you name anyone who is particularly inspiring to you?

Pacurar Andrei: Always! If I were to mention everyone that inspired me, I’d end up pointing names all day. So I’ll focus on those that had a major impact on me. At first I was all about castle/pirates, so builders like Derfel Cadarn, Mark E, Disco86 were my biggest inspiration. Then I stumbled upon Mihai Marius Mihu’s builds in my LEGO Users Group (LUG), which opened a new world of possibilities for me. Until then, I couldn’t even imagine LEGO could be used for things like that. And finally I fell in love with Iain Heath’s and Eero Okkonen’s characters, which ended up being my favorite thing to build. 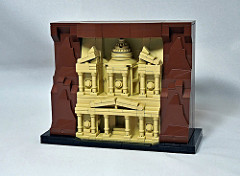 TBB: How would you describe your style of building?

Pacurar Andrei: All over the place? Lately, it’s mostly leaning towards organic shapes and clean, polished builds. I always try to integrate interesting parts, but not as much as I did before. In the past I used to sacrifice aesthetics for the sake of using weird parts and techniques, but now I don’t feel the need to very often.

TBB: Have you attended any LEGO fan events? Can you talk about what the fan community means to you? 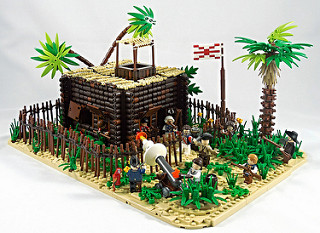 Pacurar Andrei: I’ve only attended one event in my country and I didn’t have the chance to stay too long. So I don’t really have experience in this area. The community for me is limited to people on Flickr, MOCpages, the various blogs and my LUG forum. I’m very lazy and dislike travelling long distances so I don’t see myself attending something big in the near future.

TBB: Is there one of your builds that is your favorite or one that was particularly satisfying to build?

Pacurar Andrei: It’s a tie between Treasure Island and Room with a View. Treasure Island’s my very first build that was more than mediocre (and actually felt like an achievement) and, despite some rough bits, it’s still better than 95% of the builds I do today. Room is one of those rare builds where I can find nothing to complain about and it’s pretty much what I want to build more in the future: large scale detailed vignettes for my figures. 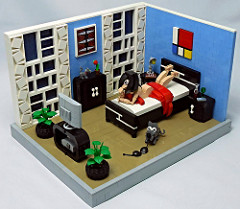 TBB: Both of those are great builds. Which of your builds was the most difficult, challenging or just didn’t turn out the way you wanted?

Pacurar Andrei: Nothing gave me a bigger headache than the Teenage Jesus / Baby Doll mosaic. Since I’d never tried something like this before, I had no idea what to expect in terms of size and sturdiness. The build is a mess with studs going in every possible direction. I started with the face and when I was done with it and the hair around, it was already big and fragile and obviously I dropped it. Here we go again! So I took a coffee table to my room (I build in bed on the nightstand) and started building on that. When I was finally done, it was too big to lift it from the table so I had to drag that damn table all over the house to find a spot with good lighting that cause minimal glare to be able to take a picture of it. Fun times! 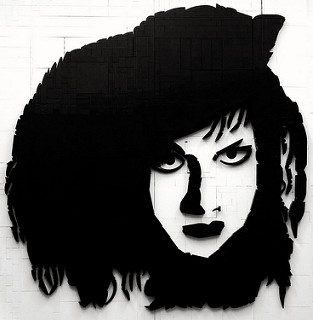 TBB: Strangely, you are not the first person I’ve heard of who builds mostly in bed. What is the strangest response or comment you’ve gotten about your work? 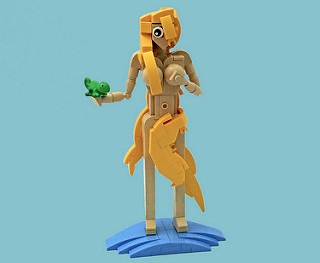 Pacurar Andrei: There were plenty of fun/weird comments regarding the girls I’ve done, especially on Mocpages. Funniest must have been regarding Rapunzel’s age. Seemingly my take was inappropriate since the character was underage in the movie.

TBB: What piece do you wish LEGO would make?

Pacurar Andrei: 1×1 curved slope could be useful or a proper chest-piece for the ladies, haha!

TBB: What other hobbies or such do you do other than LEGO? 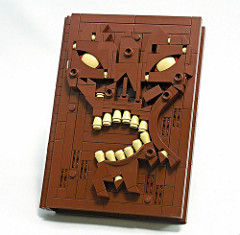 Pacurar Andrei: Aside from most things with a nerd tag attached to them? :) I guess my builds share quite a few of my other hobbies through their subjects. I enjoy diversity, so my hobbies have changed over the years, I rarely stuck with one for a longer period of time before moving on to the next. Luckily I have a lot of spare time to accommodate this.

TBB: I totally understand having a diverse set of hobbies. Thank you so much for taking the time to answer our questions and I can’t wait to see what you create next!

Pacurar Andrei: Thanks for the invite, hope I didn’t bore you too much with my nonsense.

TBB: Not at all, best of luck in your future building!

Check out our previous coverage of Pacurar Andrei and his work!. 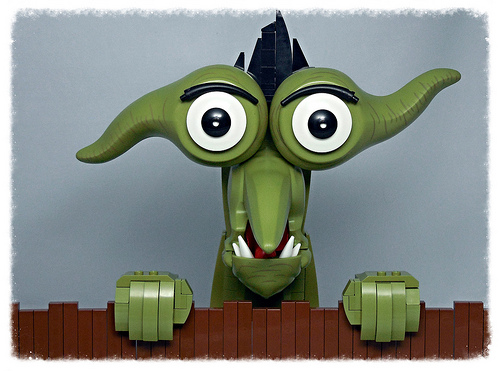