Who hasn’t developed a soft spot for Robin from the upcoming LEGO Batman Movie? It’s clear that LEGO 7 certainly has, and what a fantastic job he has done capturing the essence of the character with this adorable creation. The first things you notice about Dick Grayson’s creatively-posed alter ego are the googly eyes, windswept hair and goofy smile. The bespectacled boy wonder sits surrounded by a wonderful collection of Bat-vehicles: various Bat-mobiles, Bat-wings, and other Bat-paraphernalia. 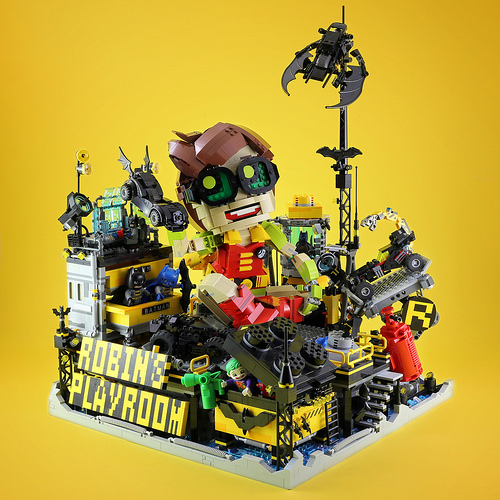 LEGO Batman sits at the Bat-computer on top of a working set of drawers featuring a pair of Duplo Batmen. The Bat-band performs for the young caped crusader who holds aloft one of the Bat-mobiles as Duplo Joker and Superman attempt to escape a LEGO styled toy-box labeled “BADGUY”. 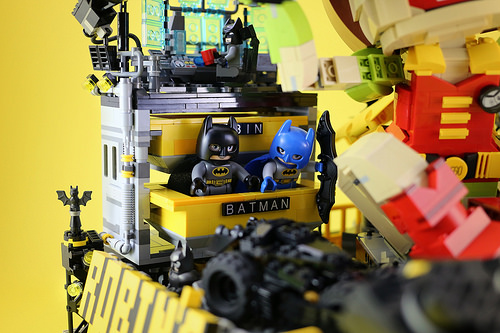 Around the back, Batman rappels off Robin’s back, Batman on his Bat-ski goes up against Duplo fish and pirate shark, while Catwoman rides on the Batpod, while yet another Batman does a spot of Bat-fishing. Pirate Batman, Arctic White Batman, the new Batman with utility belt, and Ben Affleck’s Batman all make an appearance. Can you spot any I’ve missed? 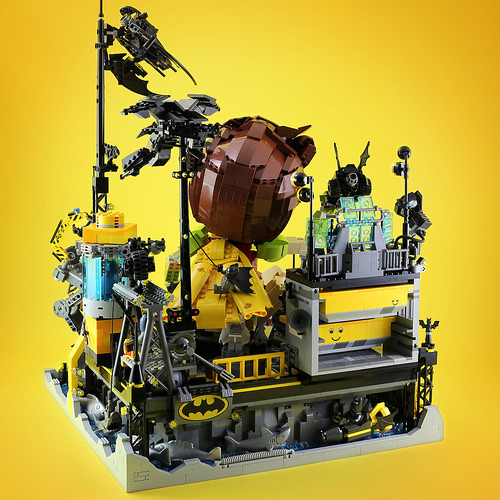