2017 still has many LEGO sets left to reveal, and today’s news brings us the next wave of LEGO Speed Champions, sure to whet the appetite of any good petrolhead (or gearhead, if you need to be all American about it).

LEGO teased racing fans with a press release a few weeks ago highlighting the upcoming 75881 Ford GT 2016 & Ford 1966 GT40, which celebrate 50 years of victory at Le Mans. Now we finally have a proper high-resolution photo of this set. Personally, my only disappointment is that there isn’t a GT40 in lovely blue and orange Gulf Gasoline livery. 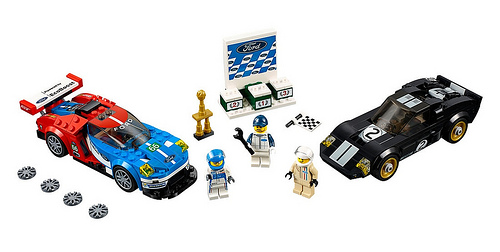 Fans of European supercars will be pleased with the addition of 75878 Bugatti Chiron to the lineup. 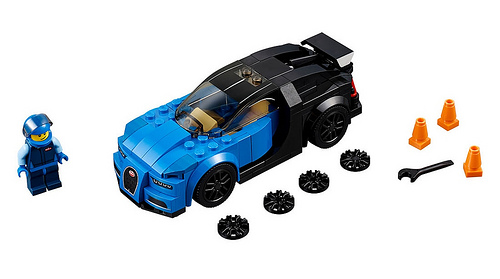 The largest set in this line is 75883 Mercedes AMG PETRONAS Formula One Team with two F1 cars and 7 minifigs. 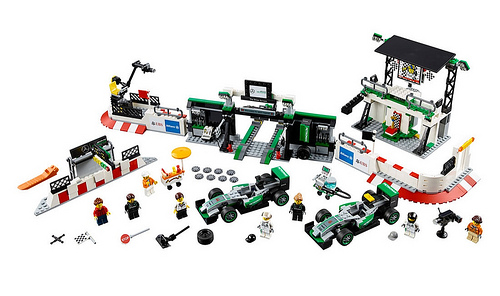 The 75877 Mercedes AMG GT3 looks remarkably like several LEGO Porsche Speed Champions from past waves (and Porsches are notably absent from the current wave). 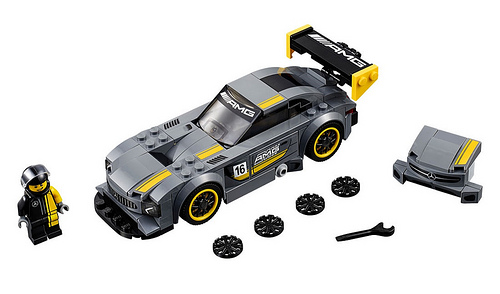 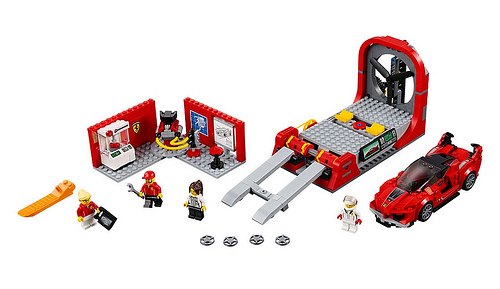 Though not likely to be street legal, 75879 Scuderia Ferrari SF16-H has some great curves and a wealth of stickers.

Check out our coverage of other brand new 2017 sets in the links below.