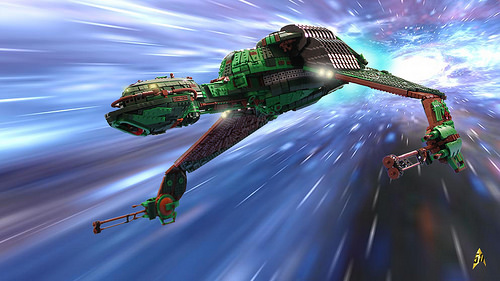 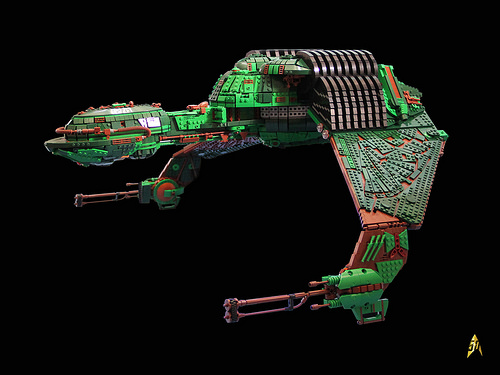 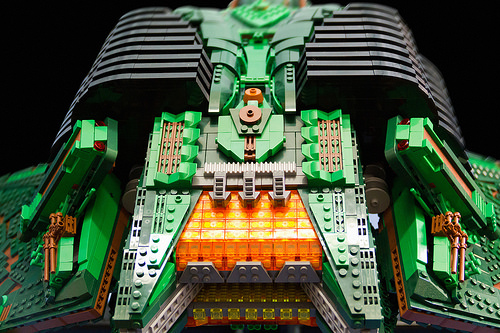 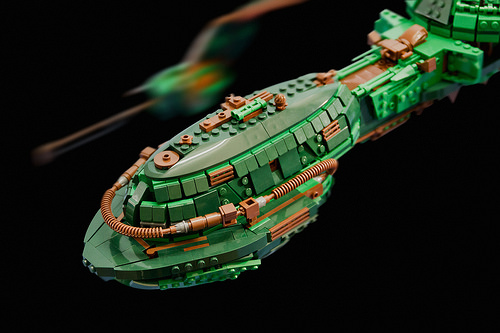 The Bird of Prey has always been one of my favorite Star Trek vessels, especially since it makes an appearance in my favorite movie from the franchise Star Trek IV: The Voyage Home (yep, the one with the whales). And I guess Kevin knows how popular that one is with the fans, since he has gifted us with this gorgeous Voyage Home “poster” of his creation: 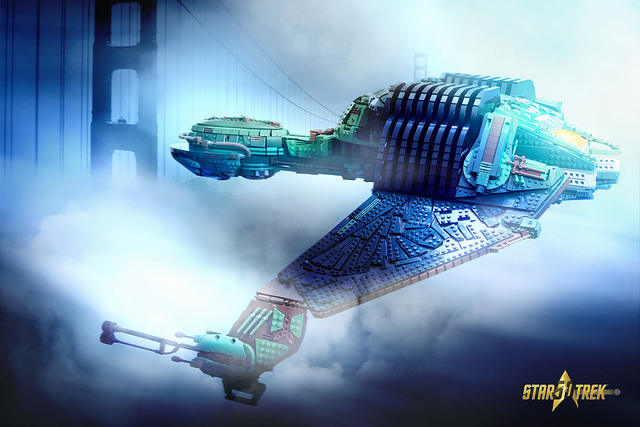 Kevin told The Brothers Brick that he had originally planned to make the wings moveable between attack, flight, and landing configurations, but that they ended up too fragile and heavy due to the brick-built feather pattern and other detailing (including the disruptors, which are heavier than they look). However judging from the photo below, he was apparently able to incorporate a working cloaking device into his model! 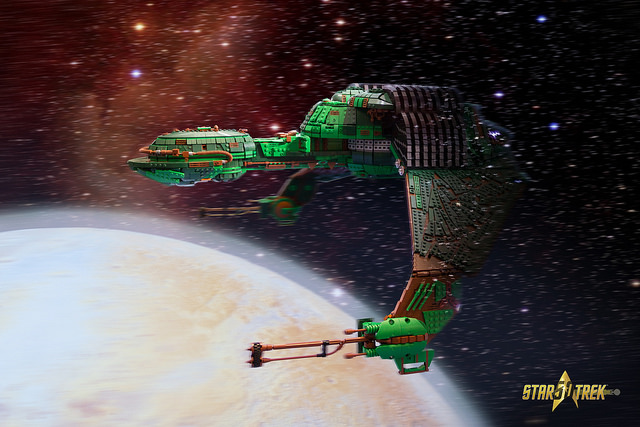 The attention to detail and sophistication of the sculpting had many jaws dropping here at The Brothers Brick compound. Modelling all those curved surfaces is no mean feat, and it looks like Kevin has employed every technique in the AFOL manual to great effect: 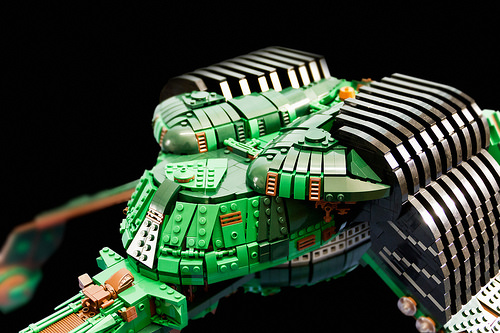 Kevin’s Flickr stream also includes some candid “work in progress” shots that give an insight into the planning and effort required to realize a LEGO creation of this magnitude: 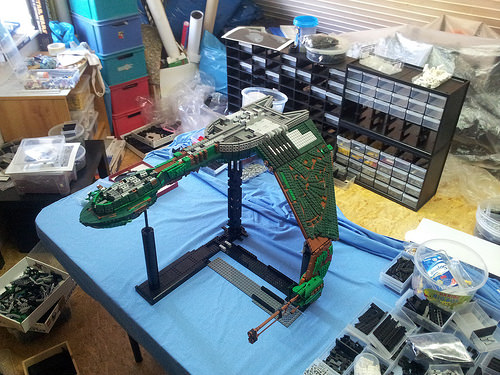 I shall leave you with one last thought: Hab SoSlI’ Quch!