Every year since 2009, Creations for Charity has sold custom creations donated by generous builders to raise funds and purchase LEGO sets for underprivileged kids during the holiday season. In 2016, they sold more than 100 creations and raised $13,877, which in turn helped them purchase and donate LEGO sets in nine cities in the US, Canada, Brazil, Hungary and Australia. You can see the massive amounts of sets they donated in the photo below.

TBB’s own Nannan Zhang founded Creations for Charity, which notably became a non-profit this year. This means future donations will be tax deductible, hopefully ensuring that such a worthwhile cause within the LEGO community continues for many holiday seasons to come. 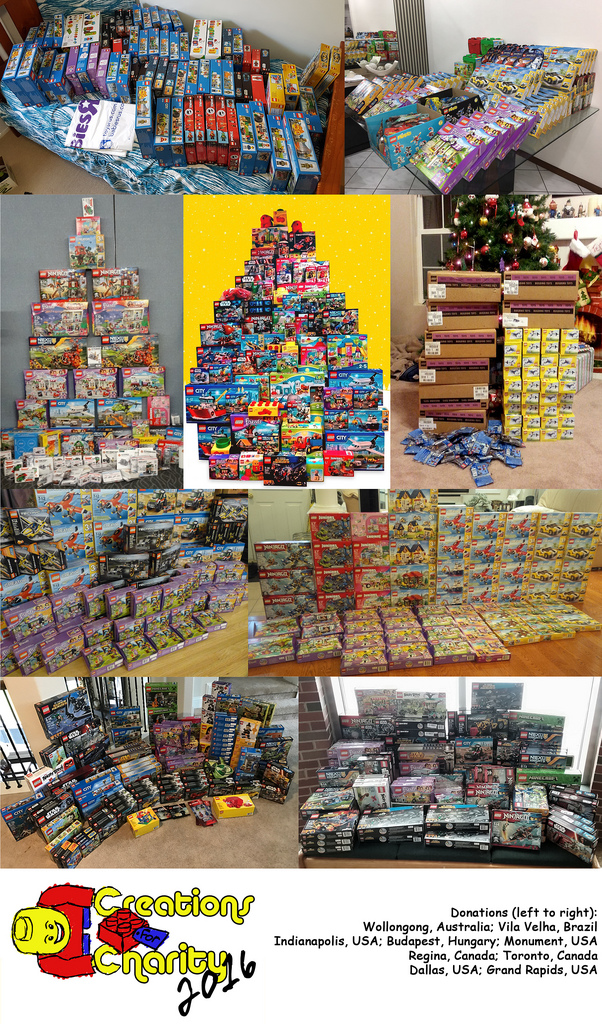