A cold front has clearly influenced this build entitled Valtias, The Blizzard Tyrant by Dave Foreman. Although dominated by Bionicle parts, Dave has also used cold, icy parts from Chima and Hero factory to complete his build. The character started as a head using the Frost Beast mask from set 44011 Frost Beast and then borrows some armour and weapons from 8982 Strakk. A lot of frosty imagination has been used to complete this chilling tyrant. I particularly like the explosive blast of jagged shards extruding from his central chest and those sharp trans-blue claws on his hands and feet, that resemble built-in crampons. 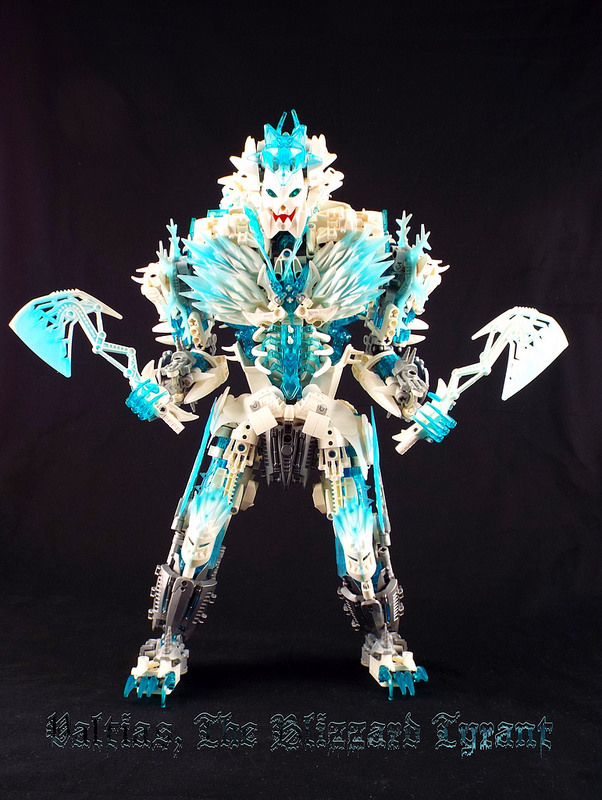 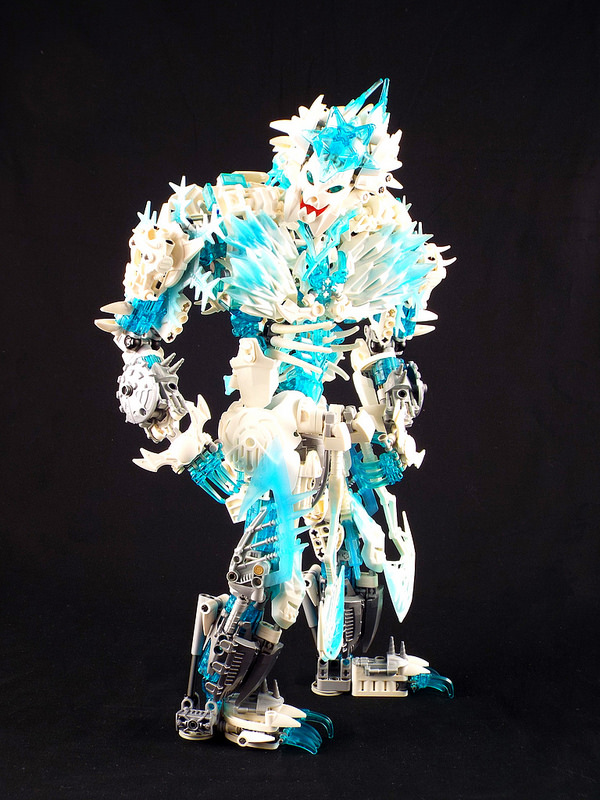