What sane person would ask themselves this question? Deus Otiosus and Letranger Absurde would, that’s who! To be fair, both of these builders were forced to come to terms with the LEGO underworld thanks to the 2016 MOC Olympics contest. Deus and Letranger recently faced off in the semi-finals. Their task? To go to H. E. double hockey sticks, literally. 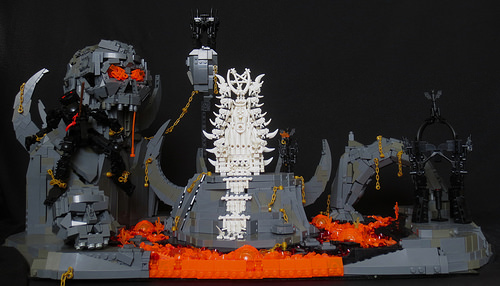 Deus’s scene depicts Satan’s throne room, complete with a throne of bones and plenty of gore. The lava even lights up! My favorite detail is the bone pentagram on the back of the Devil’s throne. You’ll want to check out all the other angles on this gruesome build as a single image doesn’t do it justice. 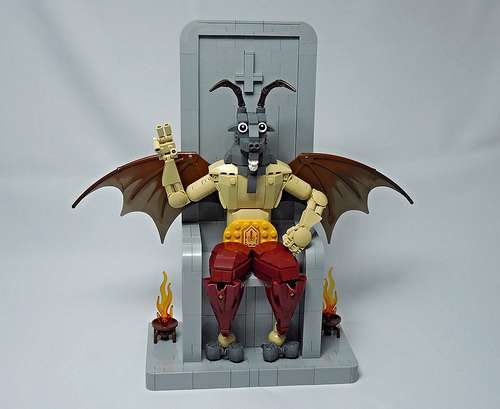 Letranger’s hellish creation is equally impressive, though perhaps a little too cute (it’s hard to truly fear anything with Mixel eyes). Sitting on his throne in all his glory is Baphomet, the diabolical Sabbatic goat supposedly worshiped by early Knights Templar. If you’re feeling brave, take a look at what sits beneath his throne.