Most LEGO Sherman tanks we’ve featured here on The Brothers Brick over the years have been smaller minifig-scale versions, like the 1/35 Brickmania Sherman tank that’s inspired so many others (my own included). In contrast, Tommy Styrvoky has followed up his 1/18-scale motorized LEGO Sherman “Crab” tank with one inspired by the movie Fury.

The larger scale is closer to Miniland-scale, and Tommy has built the whole tank crew. The brackets as goggles are genius. 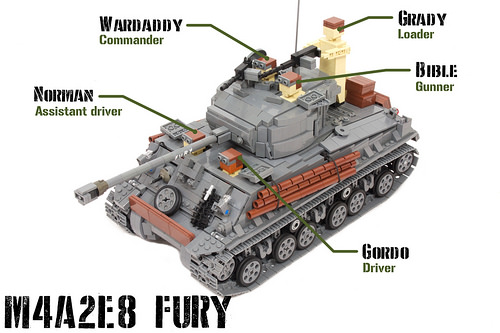 Tommy spent about 3 months designing and building “Fury,” and the finished model uses over 2,500 pieces. It has fully functional HVSS (horizontal volute spring suspension) that made the “Easy Eight” models so much of a softer ride for tank crews, as well as working pistons in the engine. 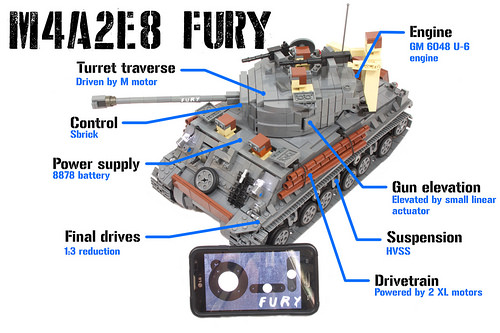 You can see all of the tank’s working features, including the rotating turret, in this video.