…with the sound of sub-standard housing. According to the builder, simply bricking it, this LEGO model represents a favela, one of the core urban slums of Brazil, where the firetrap structures stack up the hillside like a precarious house of cards, ready to collapse at the mere mention of a disaster. But scratch your head: it also kinda looks like one of those central Italian castle towns, carved into the hillside centuries ago and still struggling to catch up with the times. And the University of Colorado in Boulder is well known for its cluster of red Spanish tile roofs. So is it a slum? Is it a castle town? Is it a prestigious campus nestled at the foot of the mountains? Or is it… a spaceship? Depends on who you ask! 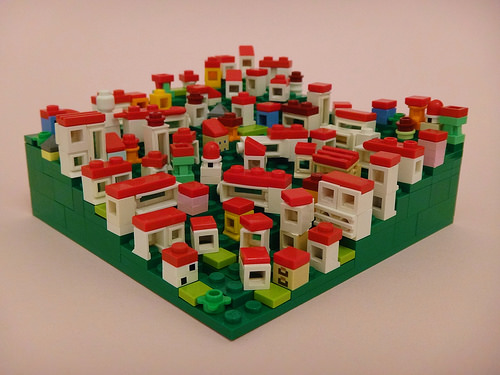