This pixilated classic space logo by Jonathan Gale is one of the most impressive LEGO creations I have seen in a long time. If you look closely, you’ll see that his build is made up of thousands of LEGO lightsaber blades (5520 of them to be exact). There is an LED light behind the blades, giving the translucent pieces a glowing effect. 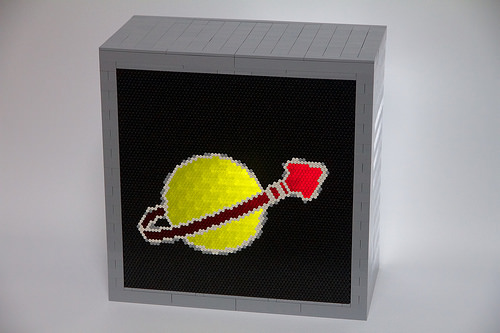 Jonathan said he was inspired to try this building technique after a LUG meeting where he realized that 25 LEGO lightsaber blades fit perfectly into a 2×2 stud square. This build took over 10 hours to complete and, according to the builder, came with a constant and serious risk of collapse. I can’t even imagine the amount of patience it took Jonathan to complete this beast. 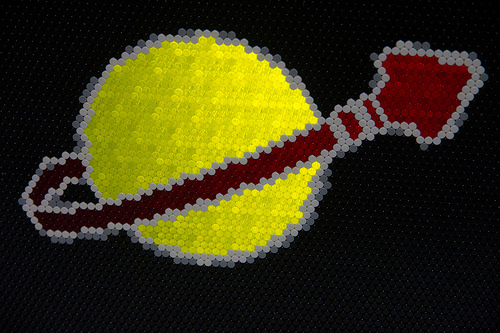