Bust out your detective notebooks because it’s time to find out who killed Mr. Boddy! The list of suspects is long and the combination of rooms and murder weapons seemingly endless. Leah G built seven fantastic little LEGO vignettes based on the classic board game of who done it known as Clue. Each vignette depicts a possible murder scenario and tons of great details. 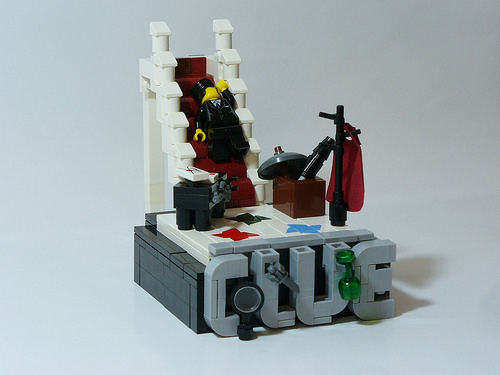 Who do you think could be responsible for such a heinous crime? Could Tim Curry be invovled somehow? I need to snoop around a bit more for clues before I’ll feel confident opening that secret envelope. Leah has narrowed the list of possibilities down to a few of the usual suspects.

Mrs. White in the Kitchen with a Rope 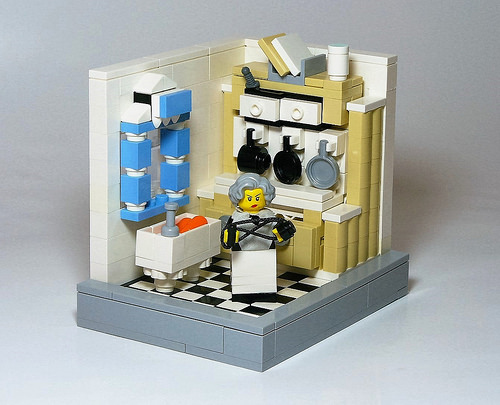 Mrs. Peacock in the Dining Room with Poison 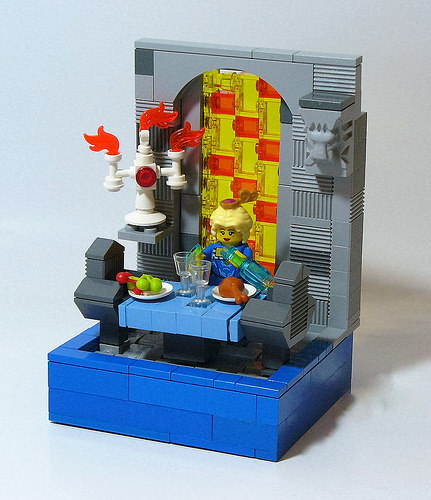 Mr. Green in the Conservatory with a Revolver
Miss Scarlet in the Ballroom with a Candlestick
Professor Plum in the Library with a Knife

Colonel Mustard in the Billiard Room with a Wrench 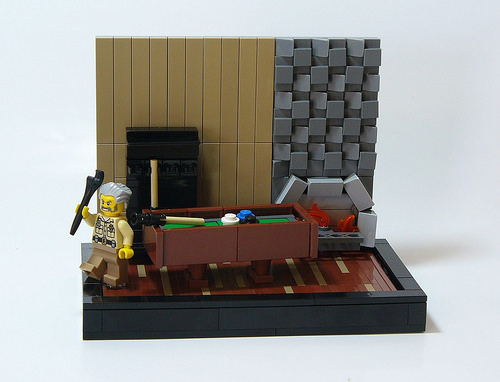 In addition to Leah’s great vignettes, we’ve seen a surprising amount of Clue-themed LEGO creations over the years here at the Brothers Brick. For example, another builder’s Clue vignettes, a third builder’s widescreen Clue scenes, and even a fully-functionig Clue board game made of LEGO.