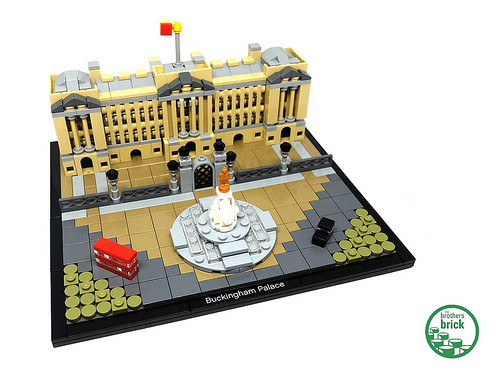 The set comes in a smart black box, in the same grown-up style as the other models in the Architecture line. The black color scheme and classy photography make clear these sets are primarily targeted at older builders, and I’d imagine the Architecture line does well in “gifting”, with the sets playing a role in recruiting adults into the LEGO brand. 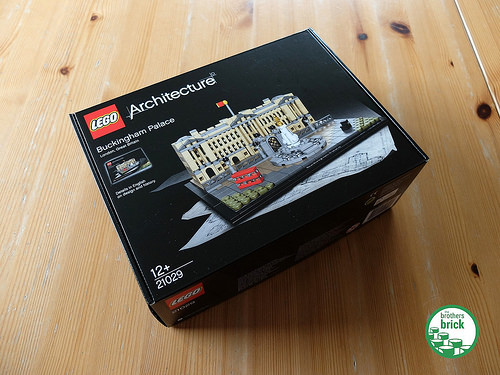 The box is surprisingly heavy, and when you open it up you can see why. It is stuffed full of bricks — 780 pieces in 5 bags. I was genuinely surprised at how many bricks were going into a microscale model. Although I’d obviously read the piece count, it’s not until you see the actual pieces that you realise how much LEGO that represents. There are so many parts in the set, I was taken aback the bags were not numbered. This is an old-school “tip them all out and search for the piece you need” kind of build! 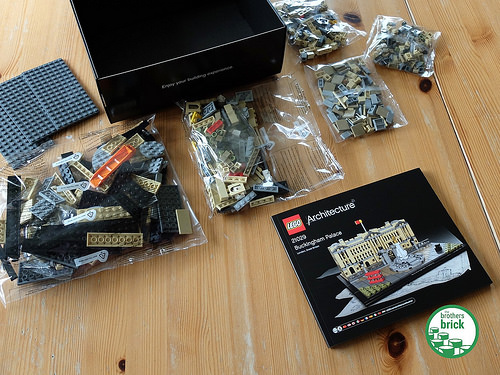 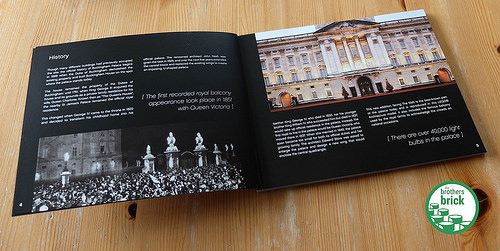 The first 20 steps in the instructions involve laying out the base. It’s more interesting than you might think, with a couple of intriguing recessed areas and a load of jumper plates. I got quite excited thinking of all the juicy half-stud offsetting this implied. 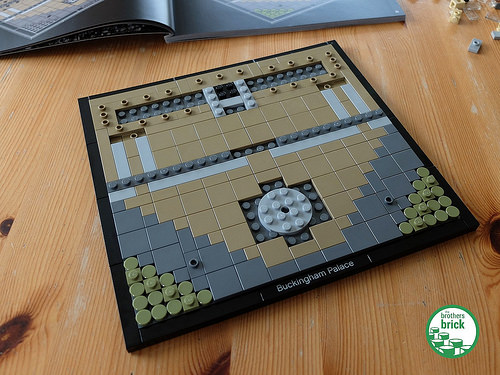 I have to admit I got a little bored in the next section of the build. Putting together the rear wall wasn’t particularly challenging and there are no interesting techniques going on at this point. The only notable detail is some of the sections are built in odd-multiples of studs — likely representing something new to those who haven’t built with LEGO for a while. However, once the front arches slot into the base recesses and you start using headlight bricks as doorway details, things start to get more interesting.

Having said that, one of the few things I didn’t like about this model are the side walls on the base of the central portico. Although they’re created with some smart sideways building, there’s an irritating half-plate gap on either side. It’s not a big deal, and most people won’t notice it on the final model, but I found myself imagining ways it could have been avoided. 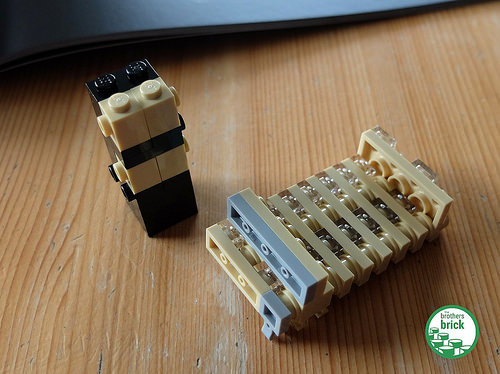 Once the back walls and base are complete, you’re on to the most detailed part of the building — the frontage. I was expecting this to be a bit of a slog, a lot of fiddly and repetitive placing of 1×1 plate pieces. However, I actually enjoyed this section — it’s not too repetitive, and I think most builders will love the way the stacks of sideways plates are attached to create the Palace’s iconic front elevation. 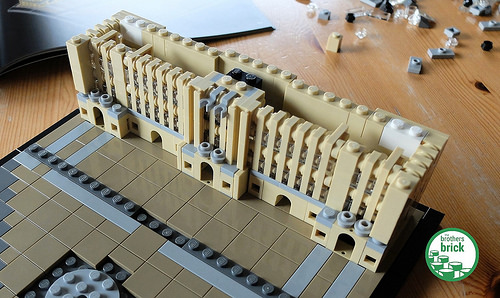 The final steps in building the Palace are concerned with the roof. This might have been my favourite part of the process. The end result is wonderfully detailed and locks the walls together better than I expected. Make no mistake, this is a sturdy model — much more so than I’d imagined it would be with all those sideways plates. 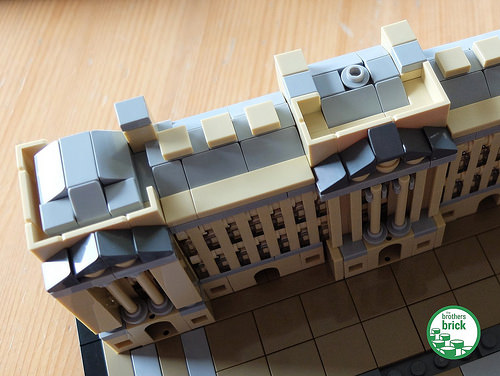 The build is completed with the construction of the Victoria Memorial fountain and those iconic London vehicles, a red double-decker bus and a black cab. The entire build takes about an hour, and at the end of it you have a fantastic display model of a famous building, immediately identifiable to just about anyone around the world. 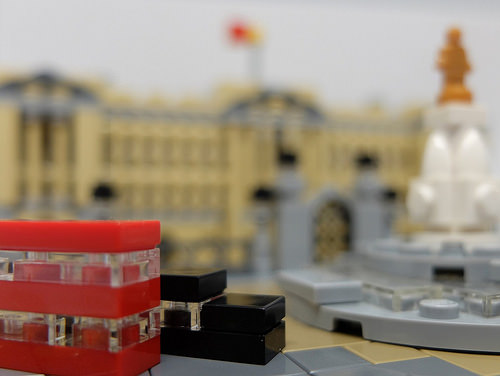 The Brothers Brick verdict: This is a lovely set, and it’s fun to build. I particularly enjoyed the construction of the Palace frontage and roof — some nice techniques that deliver great detail. Although I was mildly irritated by the half-plate gaps in the frontage, they’re barely visible in the final model. In fact, the only thing that disappoints is the lack of a printed tile for the flag — this seems like a missed opportunity to provide the final crowning glory.

In short, Buckingham Palace is a great continuation of the LEGO Architecture line. If you like these kind of models and are building them to display, then I’d heartily recommend this one to add to (or begin) your collection. However, as ever with the Architecture sets, you’re not getting the best selection of general purpose bricks in the box, so don’t buy this as a parts pack.