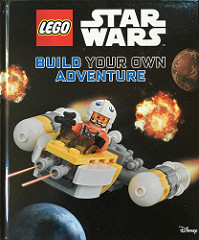 Last summer, British publisher DK added to its extensive collection of LEGO books with the Build Your Own Adventure series, starting with a pair of Ninjago and Friends themed adventures. This summer, the series continues with two new volumes that explore the themes of City and Star Wars.

LEGO Star Wars: Build Your Own Adventure is an 80-page hard cover book that comes with an exclusive 73 piece LEGO set and minifgure. It follows the exploits of Rebel pilot Zin Evalon as he journeys through familiar locations from the Star Wars universe, on a mission to recover a set of lost data cubes.

Following the established BYOA format, the book’s pictoral story is spread over several chapters, each covering a different location including Hoth, Tatooine, and Endor. The environments and vehicles in the story are illustrated using over 50 ‘inspirational’ LEGO models that were the work of fan builder (and Brothers Brick editor) Rod Gilles. 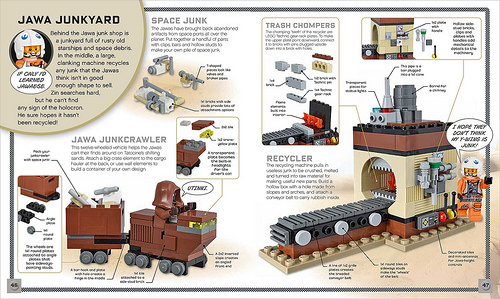 The book is also filled with a wealth of accompanying text (appropriate for reading ages 8 and up) so there is plenty here to engage your LEGO Star Wars loving youngsters. As well as covering the events of the story, many interesting details about characters and equipment are called out. But most significantly, the book offers a wealth of technical advice for recreating the models shown, including what parts to use and tips on building techniques employed by master fan builders like Rod. To help make sense of these guidelines, there is also a “Builder Talk” section explaining the language that builders use to describe various different kinds of LEGO bricks.

The book comes with a minifigure of the main character and all the bricks necessary to recreate the Y-wing Rebel ship that he uses to travel across the galaxy. The book contains instructions for building this ship (but not the inspirational models) and it’s fairly easy to put together. The design of the model is based on LEGO’s adorable Microfighter line, and this is the first appearance of a Y-wing in this format. 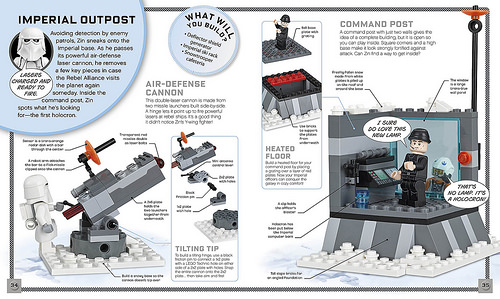 The inclusion of the ship and figure gives young readers a way to follow along with and play out the action of the story as they work through the book. The various inspirational models in the book are excellently designed, and are small and simple enough that most young Star Wars fans should be able to approximate them using bricks from their own collections, especially since all of the action takes place on worlds already covered pretty extensively by LEGO’s official lineup of Star Wars sets.

What I like about the BYOA series is the way visual storytelling, a matching toy, inspirational content and detailed guidelines combine to create a rich and appealing package that offers more than a simple one-dimensional or one-off reading experience. Every time the reader picks up this book, they can choose whether to simply enjoy the story, join in the action, study all the tiny details, recreate the scenes, or use this as a springboard for their imagination and build their own version of the Star Wars universe or take the story in a completely new direction. DK’s use of fan builders for this series of books is also a clever move, as it makes the experience feel more personal, and offers yet another kind of inspiration for its readers. 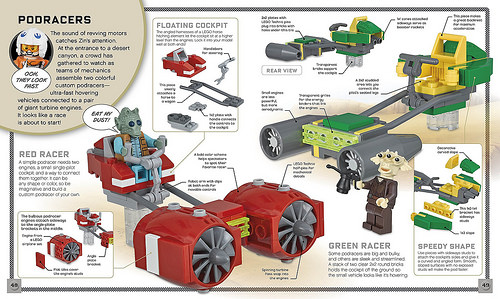 The BYOA series appears to be a replacement for DK’s long running Brickmaster series, and one improvement that I particularly like is that the box housing the LEGO bricks is now separate from the hard cover book (both are housed in a sturdy binder). With Brickmaster, the box was part of the front cover, making the book feel disposable and more awkward to handle. But the BYOA books feel like fully fledged DK books that their young owners will want to pull from the shelf over and over again.

LEGO Star Wars: Build Your Own Adventure is part comic book, part visual reference guide. The inclusion of an exclusive LEGO set makes the already modest price seem even more reasonable, and I think this would make a great gift for any LEGO loving, Star Wars loving, 8-11 year old (…or in other words, almost any 8-11 year old!). 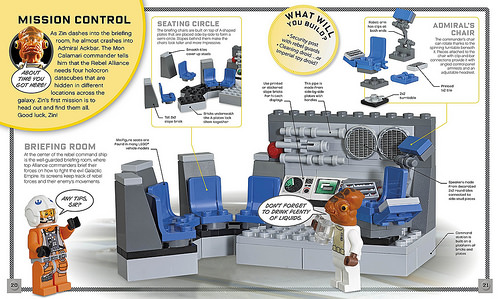 Oh, and here’s one final tip for readers: Don’t throw away that box, it also doubles as a launch pad! 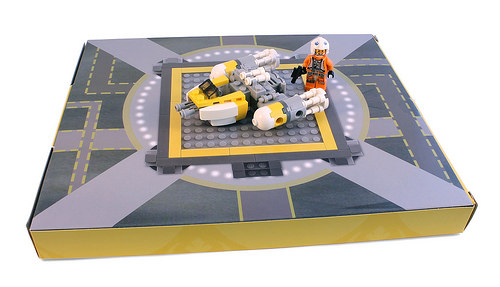 Last but not least, you can win your own copy of this book, signed by Rod himself, as part of this month’s giveaways from The Brothers Brick. Just click here to enter!