If Carl Sandberg had lived to see the skyscrapers of modern Chicago, I’m sure he would have been no less proud of his city than he was when he wrote his poem “Chicago” more than a hundred years ago. Rocco Buttliere has captured the Chicago skyline in LEGO with this substantial group of microscale buildings, including the John Hancock Center. The looming, iconic buildings certainly dominate the skyline, but I love the smaller buildings and landscaping that Rocco has included, like the Lookinglass Theatre building and the Seneca Playlot Park. My favorite LEGO building, though, is 900 North Michigan with lovely green glass. 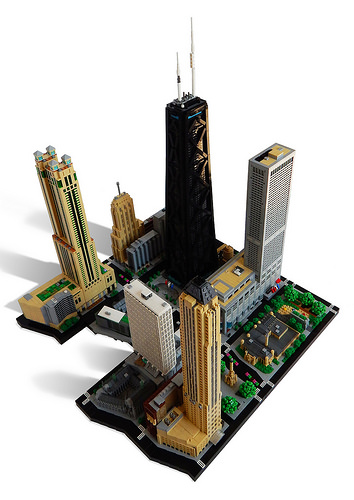 As fantastic as the buildings look in the photo above, I love this top-down look — as though you’re flying over in a helicopter. 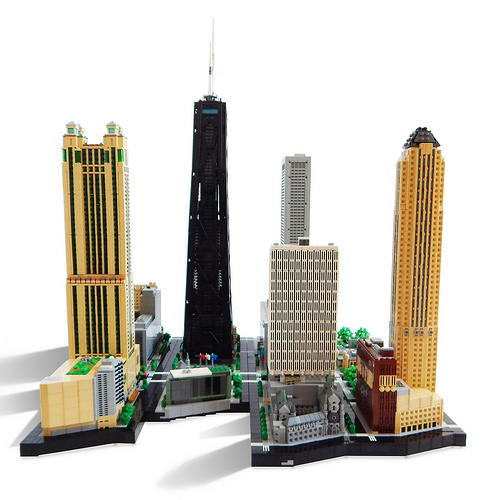 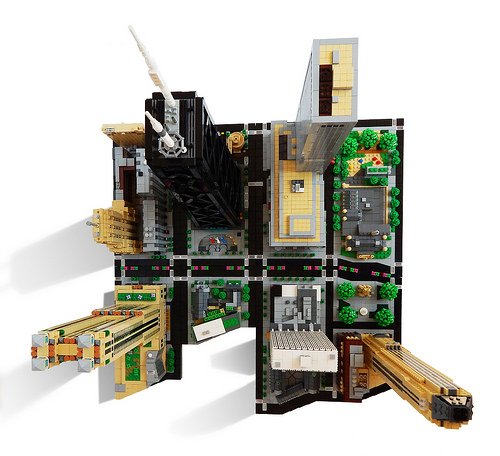 3 comments on “Stormy, husky, brawling, / City of the Big Shoulders”