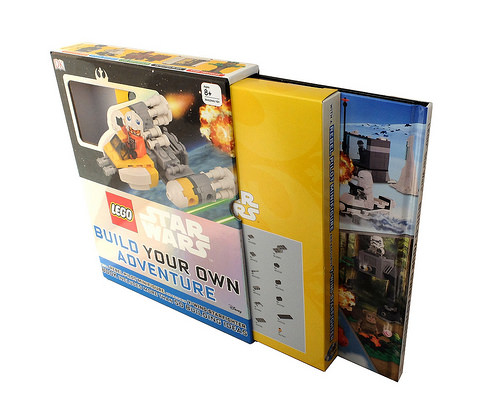 The Build Your Own Adventure series is different from most other LEGO books in that it comes with an exclusive LEGO set. The book features set instructions followed by a story illustrated with models created by builders from the LEGO fan community. The Brothers Brick’s very own Rod Gillies worked on the Star Wars book and we pestered him into giving us a sneak peek before the book is officially released. 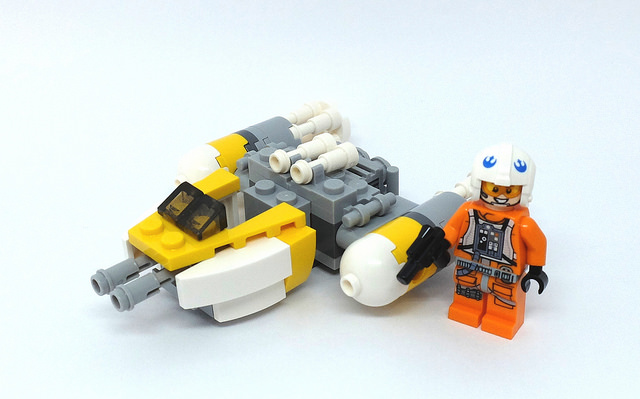 The model in the set is very cool — a microscale Y-Wing fighter, built in a “chibi” style similar to the Microfighter range of collectable sets. The spaceship is piloted by Zin, a Rebel pilot and the hero of the book’s story. The tale sees Zin traverse the galaxy on a secret mission, visiting famous Star Wars planets and locations.

After taking a flick through the pages, we arranged to ask Rod a few questions about the book, the building process, and getting to work with the LEGO Star Wars designers… 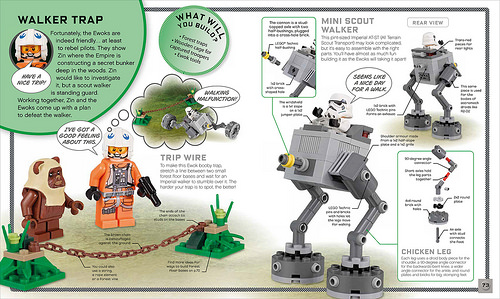 The Brothers Brick: How does it feel seeing your creations in an official LEGO Star Wars book?
Rod Gillies: It’s just amazing. I still can’t quite believe it happened. It’s been so long — over a year — since I built the models, I keep almost forgetting about it. But then we started talking about the launch and now I can’t wait to see the book on the shelves.

TBB: Did you design all the models in the book?
RG: I came up with all the models for the story. I’d love to say the giveaway model is mine, but sadly not. The Y-Wing was designed by the LEGO Star Wars team themselves — it obviously needs to follow all the official rules and pass all the design tests a “proper set” goes through.

TBB: So, are you saying your models wouldn’t pass the tests?
RG: Oh they went through a few rounds of model review as well — maybe not as strict as an official set, but they couldn’t be full of “illegal connections” or anything. They’re inspirational models which we hope will encourage kids to build their own stuff — we’re not showing full instructions, just giving them ideas and building tips. 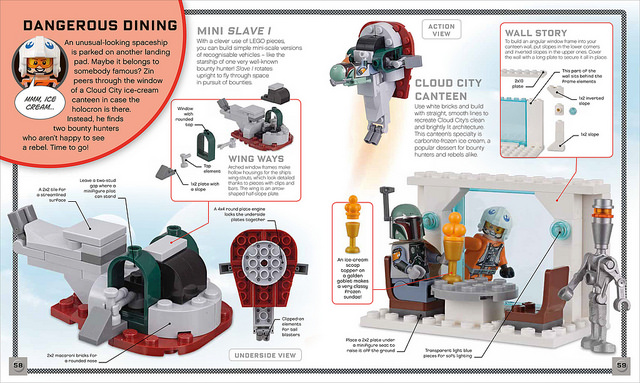 TBB: How did you end up working on the book?
RG: I’ve been lucky enough to work on a few of the LEGO books previously — I built chapters for the LEGO Play Book and the Awesome Ideas book. The guys at Dorling Kindersley (publishers of the official LEGO books) seemed to like my stuff and they asked if I’d be interested in working on a solo book — building all the models rather than just one chapter. I was a little nervous at first because it can be a lot of work, but then they told me it was for Star Wars and I couldn’t resist!

TBB: What came first, the story or the models?
RG: It was a bit of both. There was a story outline which had a rough idea of the planets and locations Zin might need to visit. I drew some sketches of potential models in response to the outline and then we had some back-and-forth as model ideas prompted changes to the story which prompted more thoughts for models.

TBB: And how much involvement did you have with the LEGO Star Wars team?
RG: I made a couple of trips to Denmark to LEGO HQ. The Star Wars designers were brilliant — they gave me a great initial briefing on building style, color palettes, and things like that. And then at the model review session they pored over every one of my models in detail, checking it was built properly and had the right Star Wars feel.

TBB: That must have been nerve-wracking…
RG: You have no idea. Totally stressful. However, I was very lucky that they seemed to think I’d done okay. I had a bit of rebuilding to do, but not too much. 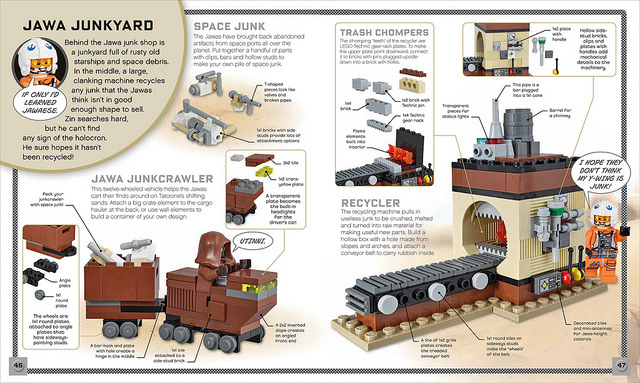 TBB: So what’s your favourite model in the book?
RG: It’s difficult to say, but I think I’m most pleased with my mini versions of Slave-1 and the Jawa Sandcrawler. It was hard coming up with ways of building these iconic vehicles without copying sets, and which could potentially be built by kids with just the bricks they have in their collection rather than a bunch of rare pieces. I think I pulled it off. Hopefully people who read the book will agree!

TBB: When is the book available?
RG: The book is on sale from 1st August. But we’re doing advance sales and book signing sessions at Star Wars Celebration, the two-day Star Wars convention being held in London in mid-July. I genuinely cannot wait.

Pre-order the book on Amazon US here

The Brothers Brick got a look at an advance copy of this book. We will review the book when it is released. Advance viewing or free review copies do not guarantee positive coverage.