We’re starting off our reviews of the latest wave of Nexo Knights sets with the four new “Ultimate” figure sets: 70336 Ultimate Axl, 70337 Ultimate Lance, 70338 Ultimate General Magmar, and 70339 Ultimate Flama. Each of these four sets includes a figure and a load of accessories, and will retail for $10 USD when they are officially available August 1. Today we’re looking at 70337: Ultimate Lance. 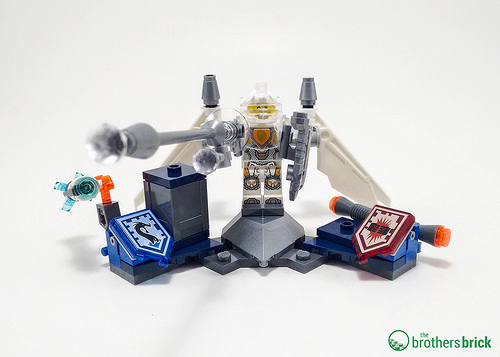 Lance joins fellow Nexo Knight Axl as the only good knights getting an Ultimate set this wave, and he also shares with Axl on doubling down on the colour scheme. While Axl was violently yellow, Lance is very white. Luckily Lance’s armour and helmet visor are actually trans-clear, which is a real surprise. This lets the orange accents in the armour print shine through, making it look better. It’s not as good as the regular Lance minifigures, but it’s not garish. I can see a lot of people finding cool uses for that transparent white armour, and the torso and leg prints will be great for space figures, since the design looks straight out of Mass Effect. 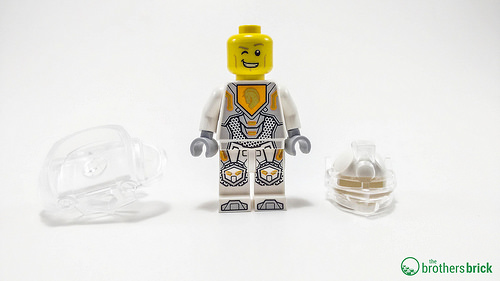 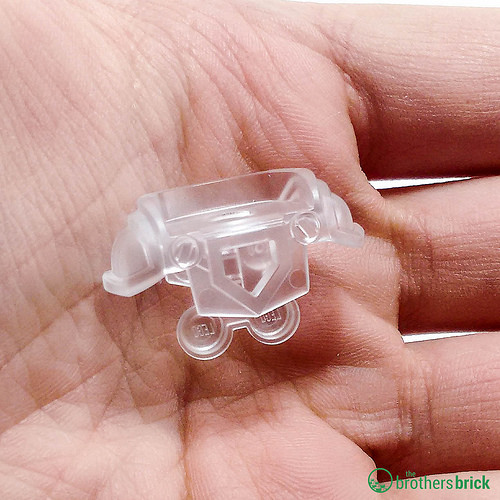 The main build here is a set of wings that hook onto the back of the minifigure. It’s comically oversized, as is the theme in the Ultimate line. You’ll need to angle them forward when not attached to a base. It’s good to swoosh around in the air though. 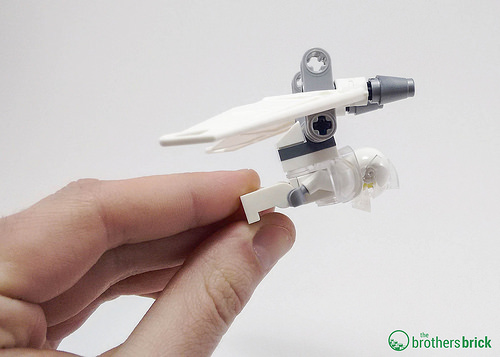 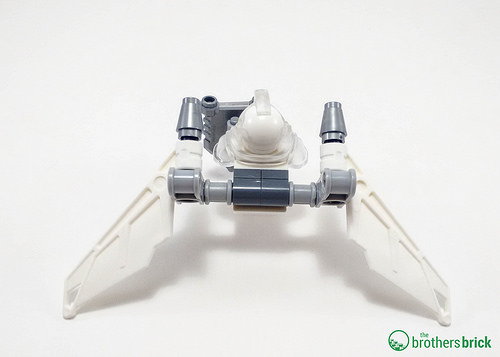 Lance’s, well, lance is also way too big for its own good. It’s actually got a really nice design that involves one of the ray gun pieces and a silver recolour of the classic lance mould, but it’s just too big for a normal minifigure.

The secondary build is a slightly built up stud shooter. For some reason the designer added a crystal piece to the end, making it impossible to hold normally, so Lance will need to hold it sideways. 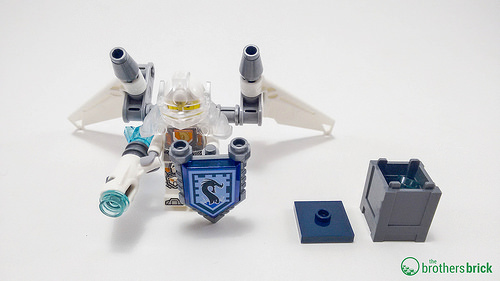 Last and least is the third build, which is just a pair of what looks to be rocket boosters (aka megaphones or old-school Star Wars blasters) that slot into the wing’s open axle holes. Not very exciting to look at or to build. 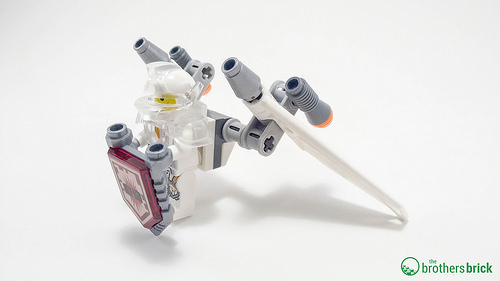 For builders, the minifigure, glass-looking armour and sundry parts could be really useful. Kids will like the swooshable wings, but I rate this set at the bottom of the second wave of Ultimates. Axl is bigger and better for play and the two bad guys have play features that are way more fun. 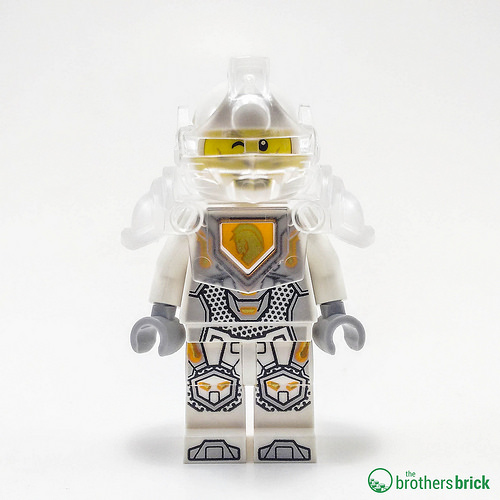 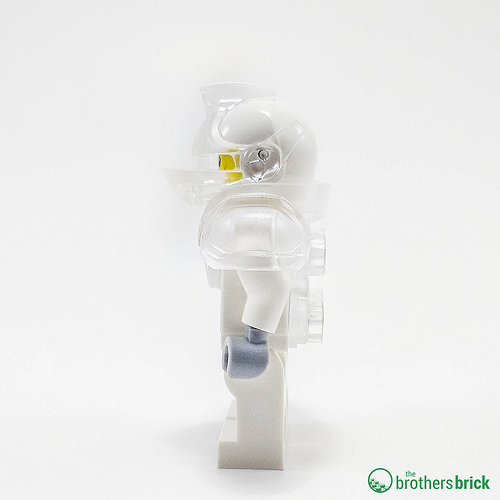 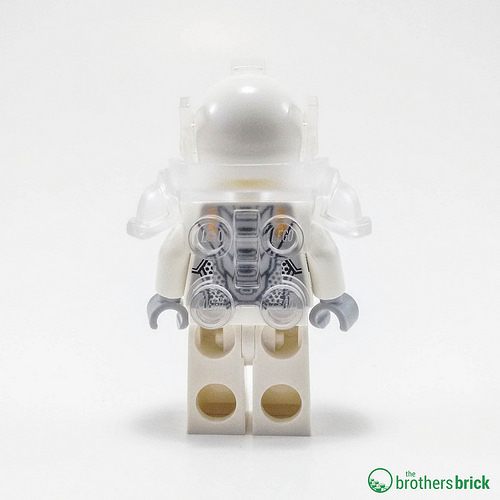 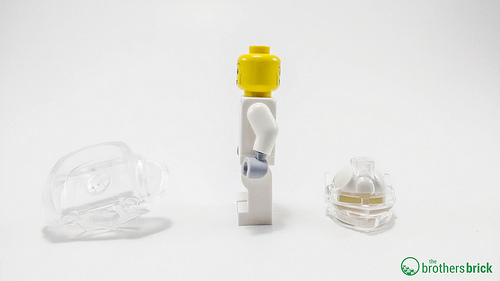 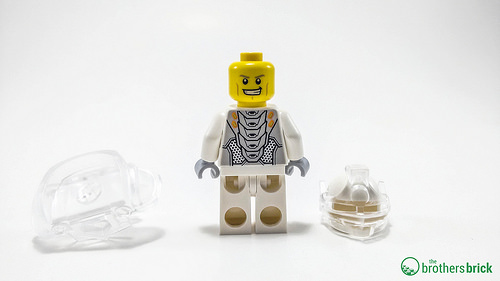