NASA Engineer and LEGO fan Nicholas Mastramico has brought us a most excellent follow up to the shuttle, launch pad, and SLS rocket we featured last week. Nicholas’s microscale version is eye-catching with the great detail he’s packed into such a small model. What makes his version particularly special is his relationship with the rocket: Nicholas is a structural design engineer for NASA, and is currently working on the real SLS rocket. 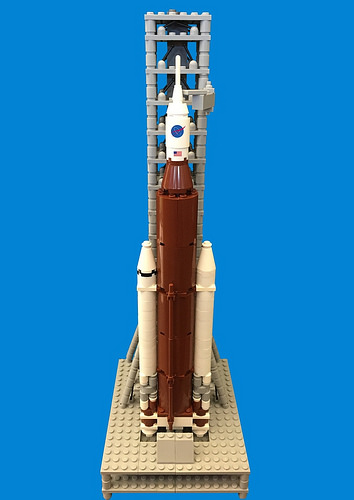 This means his micro-SLS has a unique opportunity to stand in the shadows of its ancestors, like the Saturn V rocket pictured here. 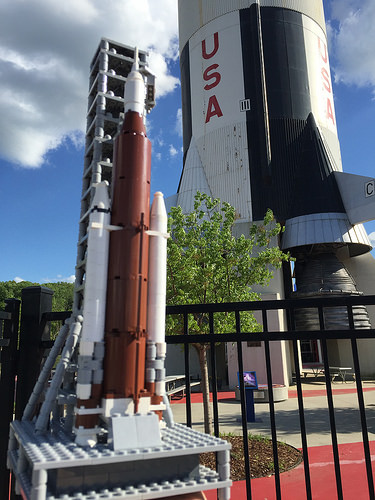 Nicholas says he’s always been a huge sci-fi fan – but it was the early pictures of Mars from Sojourner that truly hooked him on space travel. He decided then he would build rockets for NASA one day, and that goal guided him through school to where he is now. He was recently involved in a test with a weather balloon, for which he provided a passenger. The experiment took the minifig up to 120,000 feet! 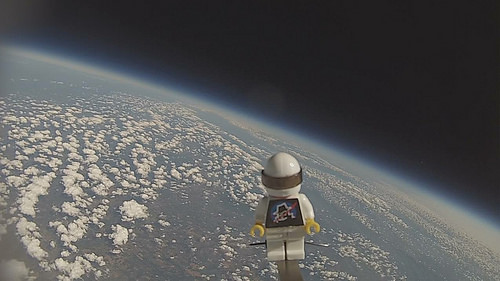 There are more shots of some of the features of the mobile launch platform and payload capsules, as well as an itty-bitty adorable crawler!