Considering the fact that Disney has been producing great films for decades, it’s easy to forget some of their lesser praised work. The Black Cauldron was not a successful film, commercially or critically, but it does hold the distinction of including one of Disney’s scariest villains: the Horned King. Jordan Schwartz has revived the Horned King with this fabulous bust, complete with glowing eyes and official LEGO fur in the form of a Duplo bearskin rug. 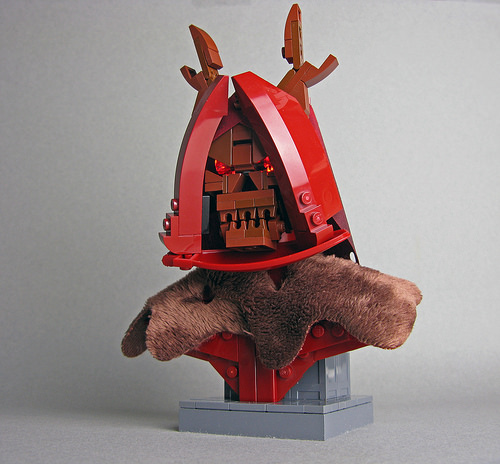 Seeking to conquer the world with the aid of the magical cauldron, this no-joke monster was exceptionally terrifying from his first to his last scenes (his *spoiler* death in the film is one of Disney’s most gruesome). This is one king you don’t want to mess with!