When your 5 year old son asks you to build a Ninjago city, you only say yes. But Ben Pitchford took things a little bit more seriously and ended up with a massive diorama nearly 4 feet (or 121 cms) high! The building process took almost 9 months, which is way over the attention span of a 5 year old. I guess Ben just needed an excuse to build something large. Luckily he had 100,000 LEGO parts laying around so this fortress was no big deal for him. He sculpted the big mountain with absolute attention and mastered the art of rock building. Ben also hid small LEDs behind transparent parts, so it makes a great scene once illuminated after dark. 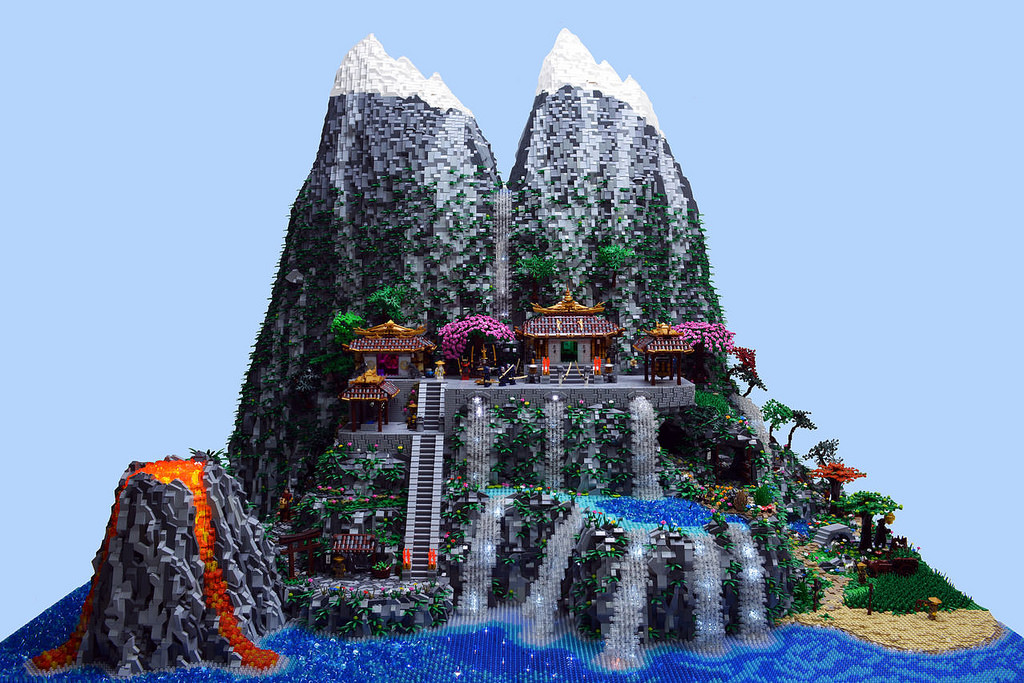 The rice field, dojo, shinto shrines, cherry blossom trees, numerous caves, flowing lava, amazing waterfalls, grand stairs, mountain zipline and original Japanese characters make up a most amazing diorama. It will take you some time to absorb all the details, but you can see more photographs below. 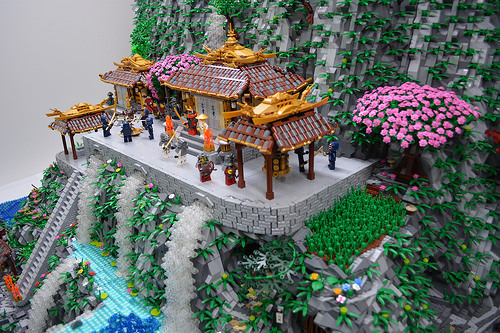 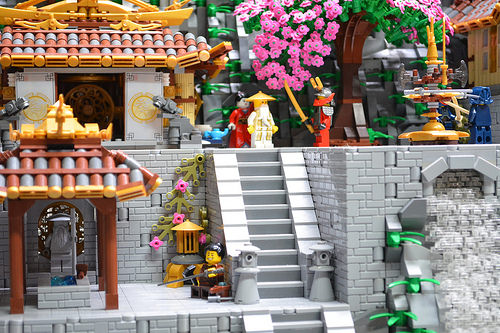 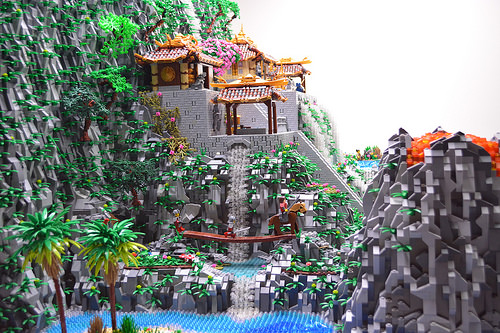 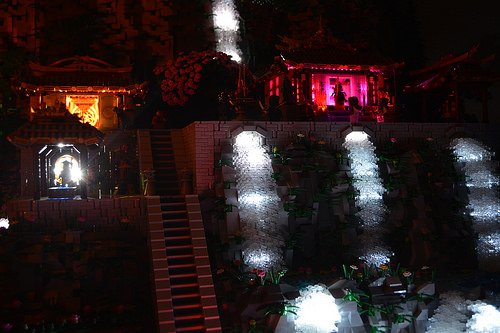 You can also check out Ben’s Flickr album and the next issue of Bricks magazine to see more pictures. And if photographs aren’t enough for you, go see it at the Brickworld Chicago in June!