It’s that time of the year again, and we’ll be celebrating Star Wars day here on The Brothers Brick!

The first Star Wars film was released in 1977 but it wasn’t until 1979 that the pun “may the fourth be with you” was first used, and not until 2011 that this day became the unofficial fan celebration that we now know as Star Wars day. In order to commemorate this important day, builder David Hughes created a mosaic of the beloved Rey from Star Wars: Episode VII – The Force Awakens. 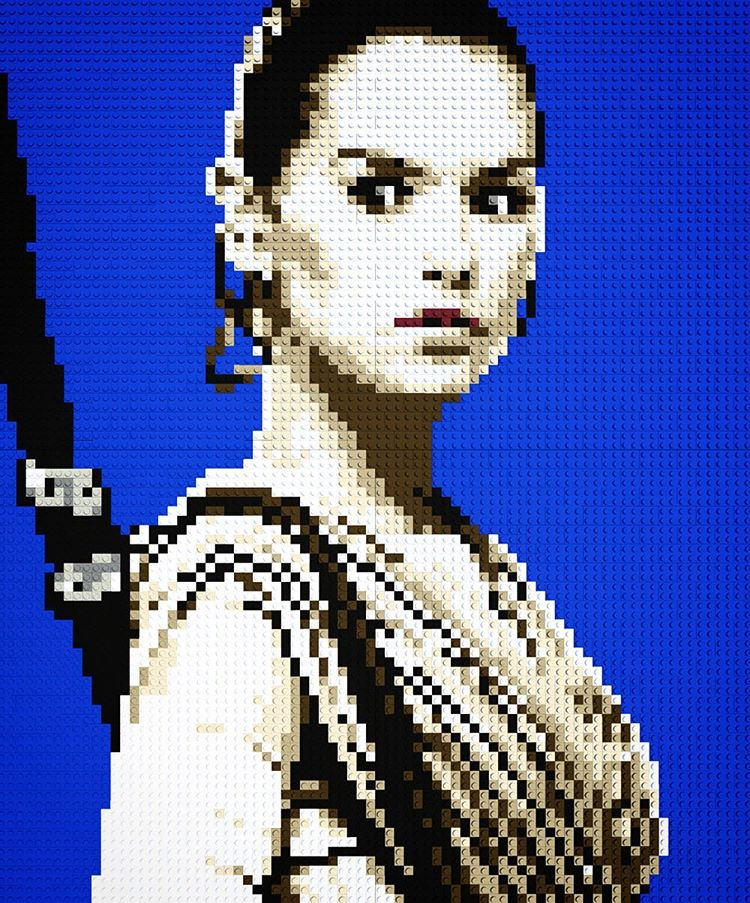 The build required 1,400 LEGO bricks, covers an area of 63 x 77 cm (25 x 30 inches), and is based on an actual promotional photograph that you can also buy as life-size cardboard cutout. The limited choice of color palette does not have an adverse effect on such a large scale mosaic, although those eyes are maybe a little too crazed for me. Anyway, this is certainly the perfect day to unveil such a wonderful creation. May the fourth be with you all today!