The Sydney Brick Show is coming up this weekend, and we get to see an amazing preview of a contribution by Joshua Morris. He has collaborated with Jade Wisniewski to build a large sci-fi diorama, and this is his half.

Mandalore is an an Outer Rim planet from the Star Wars Universe, which has an interesting and violent history. Of course, Mandalore’s greatest claim to fame is that fact that Boba Fett – everyone’s favorite bounty hunter – wears the iconic Mandalorian armor (though Boba Fett himself was neither a member of the Mandalorians nor born on the planet). 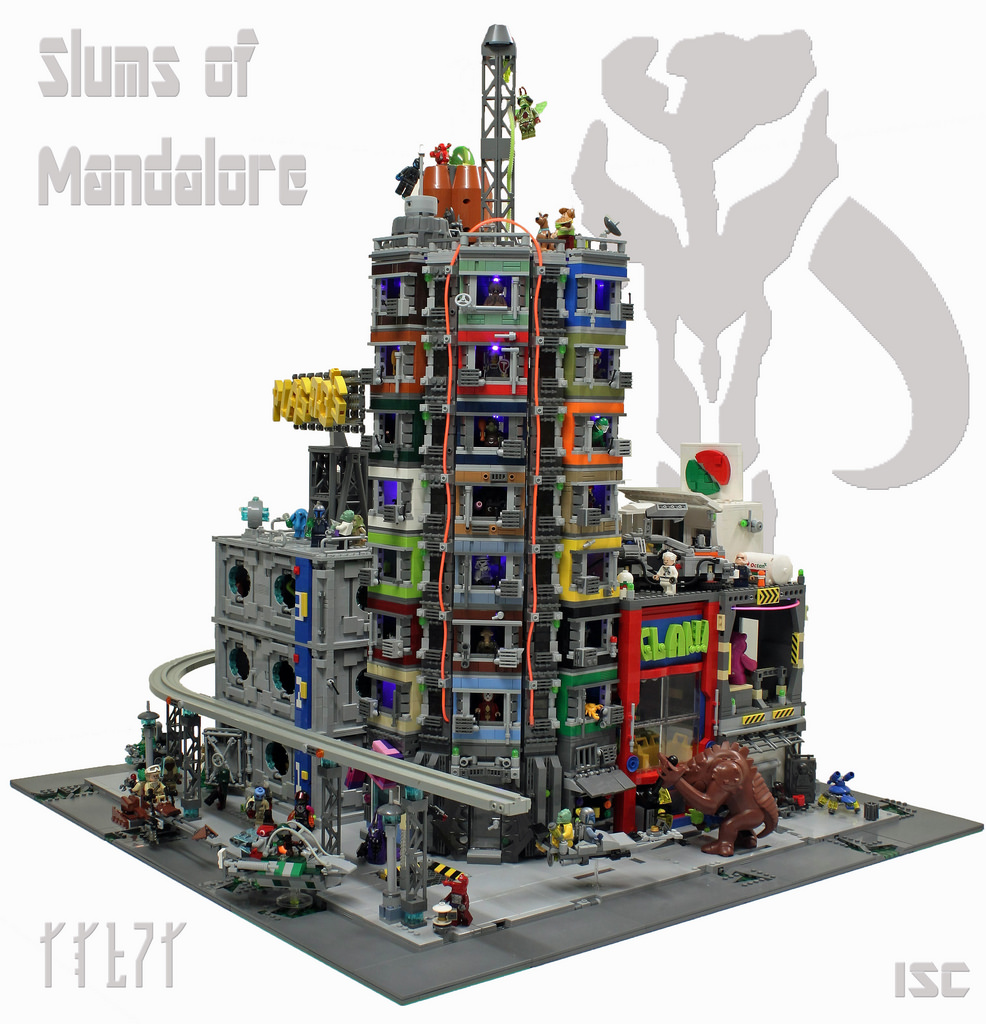 The scene features googie architecture and as far as I can tell from the air conditioning units on each window, Joshua captured a very hot and humid shantytown occupied by all sorts of species, supposedly doing nasty things. But all the vibrant colors and humorous details make it impossible to see this street as a dark slum. It’s just a busy, chaotic, archaic place. So don’t be scared of this Futurama-like world! It’s also full of easter eggs from many movies and TV shows …take a closer look and discover them yourself! 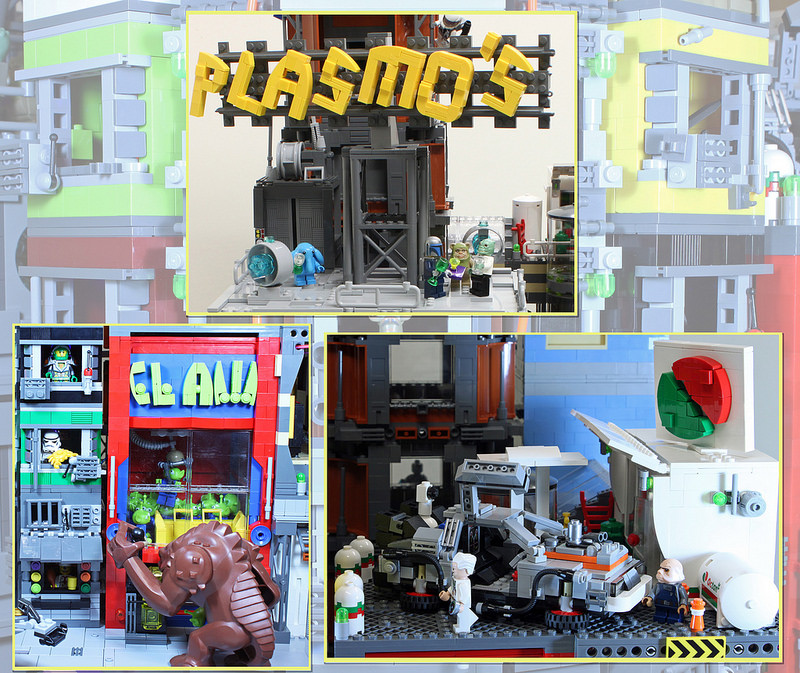 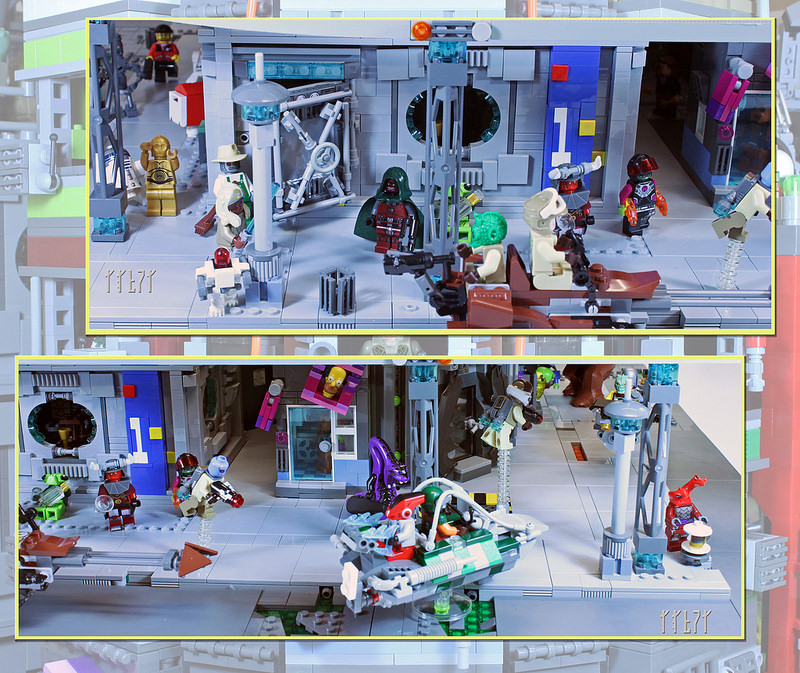 Jade Wisniewski contributed “Club Boba” to the Mandalorian layout. Ugly and dangerous-looking in the daytime, beautiful and deadly at night: a perfect nightclub for this slum. Wisniewski modeled his building after the Mandalorian helmet and filled it to capacity. There’s even a line of thrill-seekers waiting outside. (Do you think they have maximum occupancy laws on Mandalore or even a fire department for that matter?) Club Boba’s crowning glory is the incredible neon sign. I wish I could see this collaboration in person, as I’m sure the photos barely do it justice. 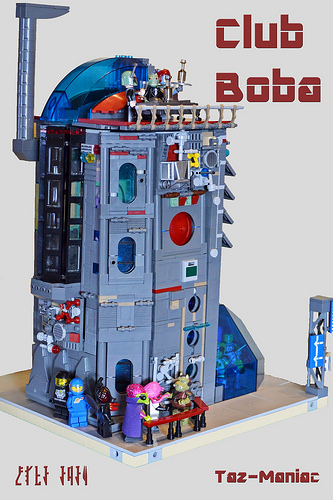