Considered to be one of the greatest strategy game franchises ever, as well as being an undisputed classic, the Age of Empires series has been entertaining players since its initial release back in 1997. While their gameplay is rightfully touted, the games’ graphics and architectural design style were equally memorable.

InnovaLug, a building group who describe themselves as “a bunch of friends who share the same fascination with the brick” brought together their love of LEGO and the Age of Empires to recreate in-game structures from Age of Empires II: The Age of Kings in spectacular fashion. Seven builders and seven buildings: nostalgia for the game has never been stronger.

First up, the lowly Mining Camp by Aaron Gomez. One of the fundamental buildings, this shack stores collected stone for towers, walls, and castles built in the later ages, and acts as a drop off point so workers don’t have to haul boulders back to town from the quarry. 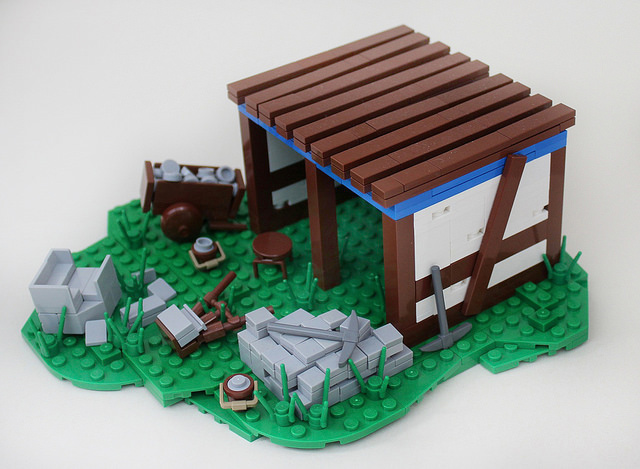 The Blacksmith’s shop, by Michael the juggler, depicts a building that provides valuable upgrades for troop armor and weaponry, but nothing else. 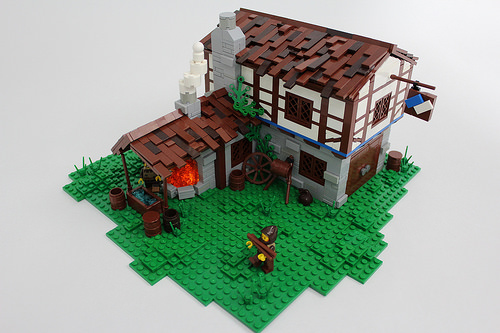 The Barracks, one of the most important buildings in the game, provides the player with foot soldiers (or as I call them, catapult fodder). Built by Andrew JN, it includes the distinctive fortifications and center courtyard. 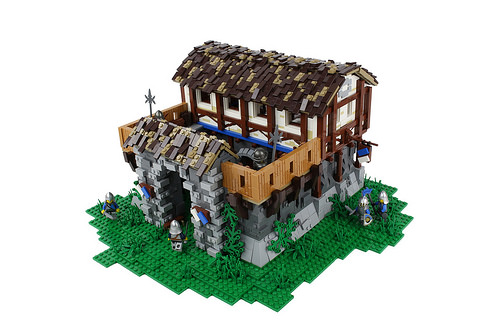 Opposite the barracks is the Archery, which provides ranged units. Constructed by Mark of Falworth, this range is clearly ready to amass forces for attack or defense. 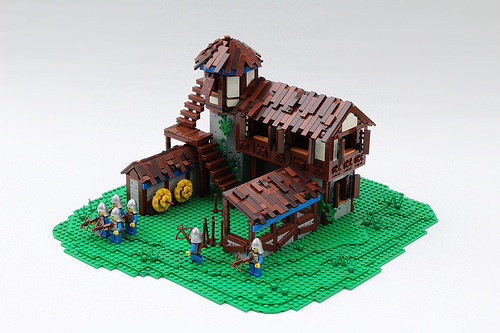 Like the mining camp, the Mill is a fundamental building. It allows your civilization to contstruct farms and store grain. Designed well by Dunedain98, hopefully the unappreciated mill will finally get some time in the spotlight. 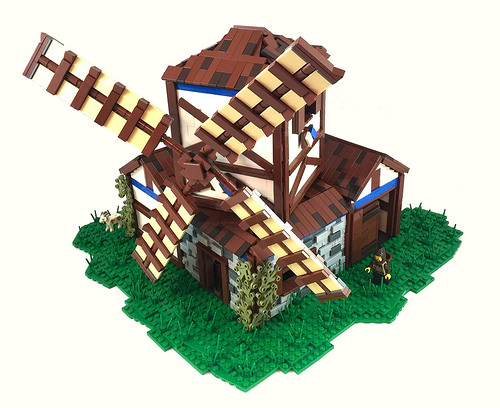 The Market is another important building, especially late in the game when resources are scarce. David FNJ has filled his market with uncharacteristic activity; the happy times before the exchange rate sets in and you’re selling 100 wood for 14 gold perhaps?! 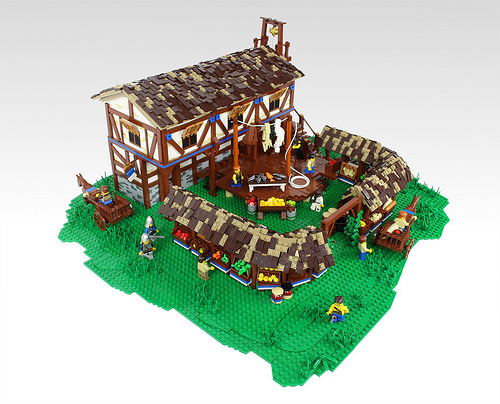 Finally, the Dock by Isaac S depicts a building that allows for the construction of fishing boats, transports, and those bombardier ships with their horrible rate of fire. 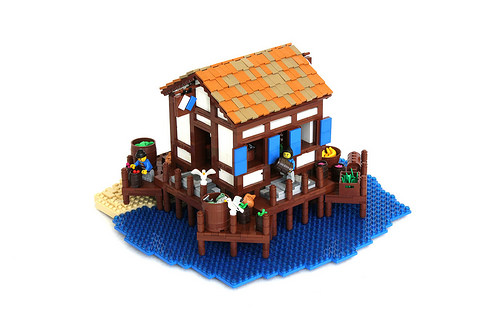 Now the tough choice… immediately start playing the game, or start building your own LEGO version of the Age of Empires!