God versus man. Day versus night. Son of Krypton versus Bat of Gotham! Despite terrible critic reviews, I enjoyed Batman v. Superman and thought there were some excellent scenes. And it seems builder Nathaniel shares my opinion. He must have appreciated the scene where Batman evades a heat vision blast using his trusty grappling hook because he has rendered it into LEGO beautifully. 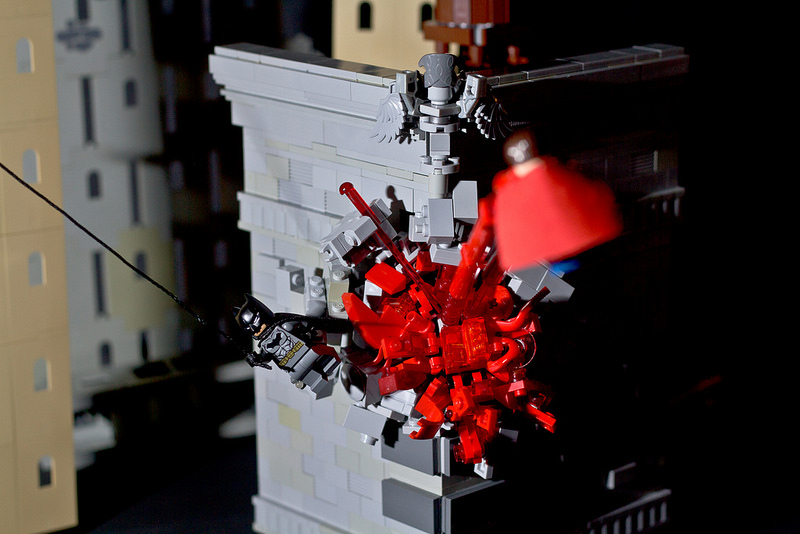 Nathaniel’s harsh shadows and bold color choices masterfully evoke comic book art style. That heat vision explosion is fantastic! We’ve featured such “special effects” on The Brothers Brick before, but never one caused by a Kryptonian. Though this scene is not technically accurate (I’m not going to spoil the movie for those of you who haven’t seen it yet by pointing out the inaccuracy), it’s clear that Nathaniel decided to build what most people wanted (and expected) to see in the film. *Wink*