Despite their competitors’ frequent attempts, Nintendo remains the undisputed king of handheld gaming. After the mandatory cell phone, my teenage daughter’s 3DS is almost never out of her hands, and the sounds of Tomodachi Life frequently ring through our household. Of course all this began a quarter century ago with Nintendo’s Game Boy. The Game Boy was popular through most of the 90’s, and even remains a popular “retro” gaming item today, even among members of the smart phone generation. And judging by this crisp life-size LEGO facsimile, Strasbourg-based builder Kloou has fond memories of this iconic system: 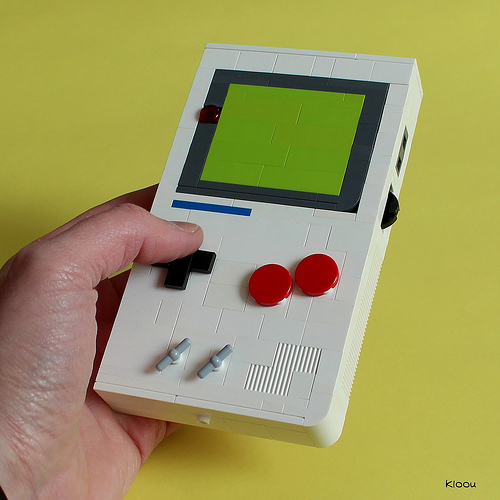 If you like this one, be sure to check out the other brick-built Game Boys we’ve blogged: