We should have posted this remarkable brick-built fish by Daniel Stoeffler on April first, but we didn’t sea it until now. Better late than never right? I’m stunned by the life-like nature of this little guy. The exposed LEGO studs make excellent scales and the overall striped patterns and color blocking on the fish’s body and fins are gorgeous. He even has a soft underbelly and whiskers!

But what’s the joke you ask? Well, as Daniel explains it, on April first in France, children play pranks on others by placing paper fish on their backs and then running away shouting “Poisson d’Avril!” I don’t get it either, but it sounds hilarious. 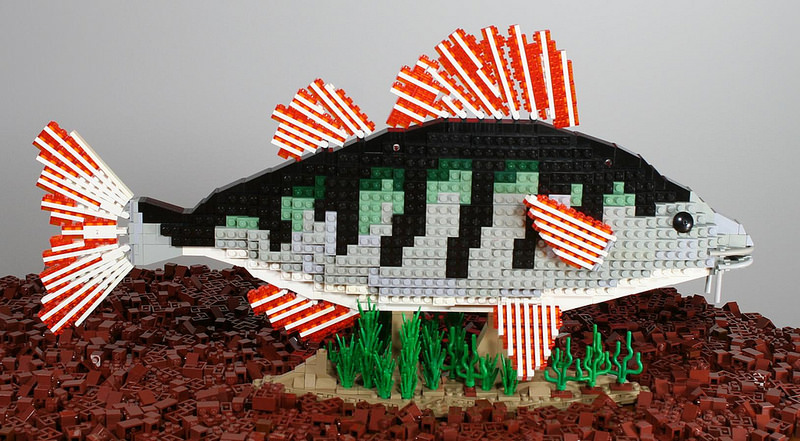