Considering the popularity of the dark knight and his prevalence throughout Lego sets, movies, and games, Batman is constantly being depicted in fan creations–as is his ever changing Batcave. From Lego’s own 60’s cave, to vintage versions, and to some consisting of 20,000 pieces, each Batcave is designed to be uniquely different but equally evocative of the Bat’s style. Dan Glasure was aware of these differing takes, and incorporated design styles from other caves and incarnations to build his own striking Batcave, one that took two months to complete – but was clearly well worth the effort. 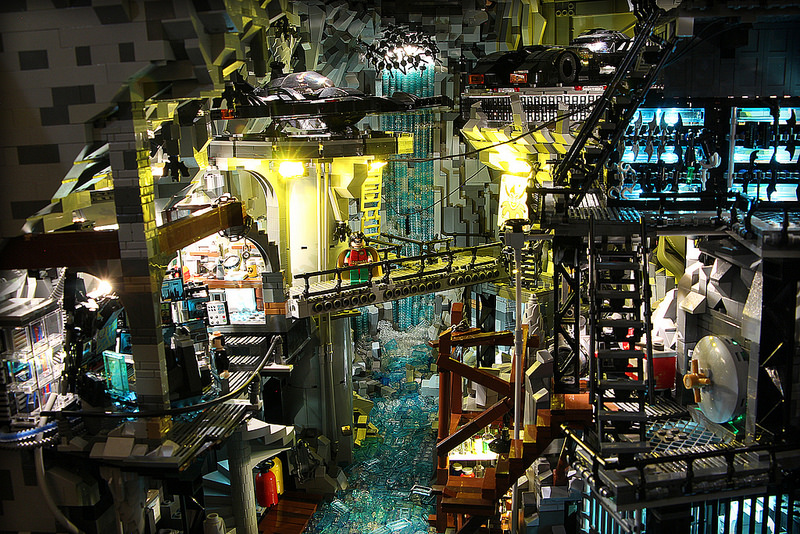 While most Batcave designs tend to spread out horizontally, Dan’s cave is scrunched into a deep thin cavern. From the highest point, where the most modern amenities rest (such as the Batmobile and Batwing) to the deepest level featuring preexisting wood structures, this cave is packed full of detail. 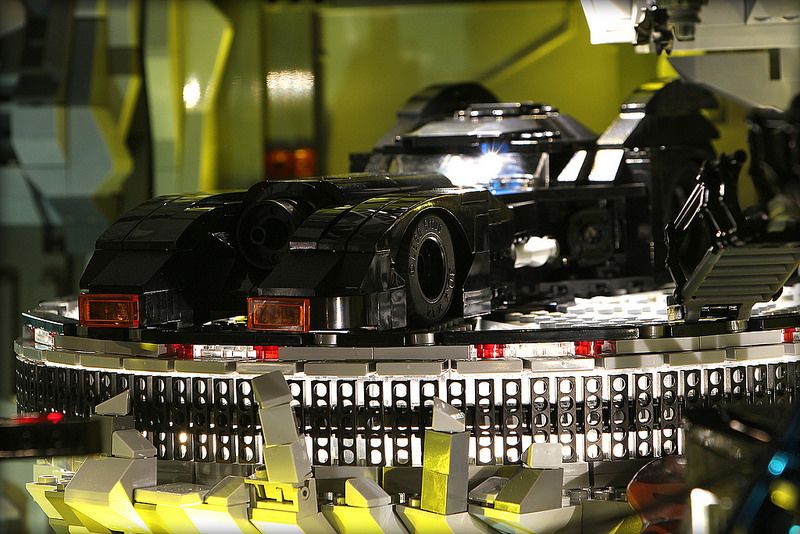 To help differentiate his Batcave from others, Dan focused in on certain aspects of the Dark Knight’s character, and then expanded upon them. In this case, Batman’s penchant for investigation:

“When I set out to build our Batcave MOC, I was well aware there was already some stunning MOC’s out there. So my goal was never ‘to be the biggest or best’. Rather, I simply hoped to take a little different approach. My thought was to have a ‘working’ Batcave. I wanted it to look as if this was where ‘The World’s Greatest Detective’ spent a lot of time. Perhaps in his workshop, or in his labs, or working on turbine engines for his vehicles (though maybe that’s Alfred’s job!).”
-Dan Glasure 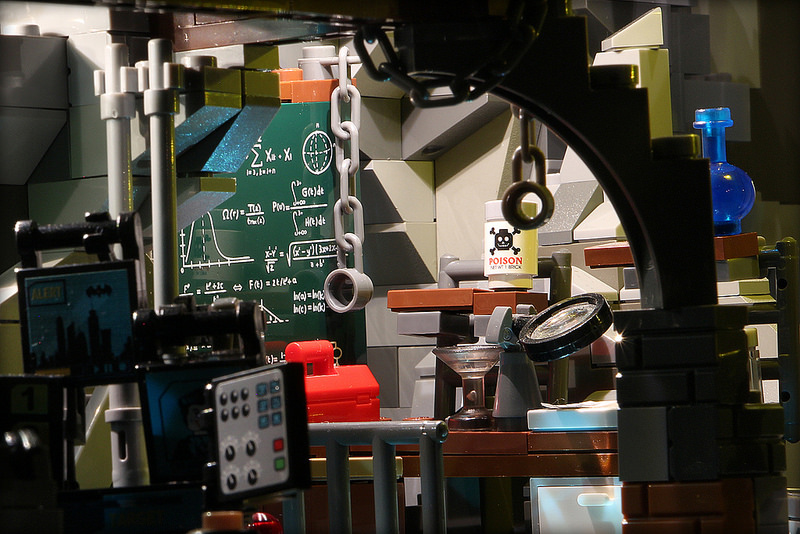 Utilizing lights, Dan also easily highlights sections of a normally dark cave – areas such as the Batcomputer, the Bat-Laboratory, and Bat-Arsenal. The build also includes popular Batcave sections such as a waterfall and sewer entrance. No doubt, this is one Bat-home any comic fan would enjoy. 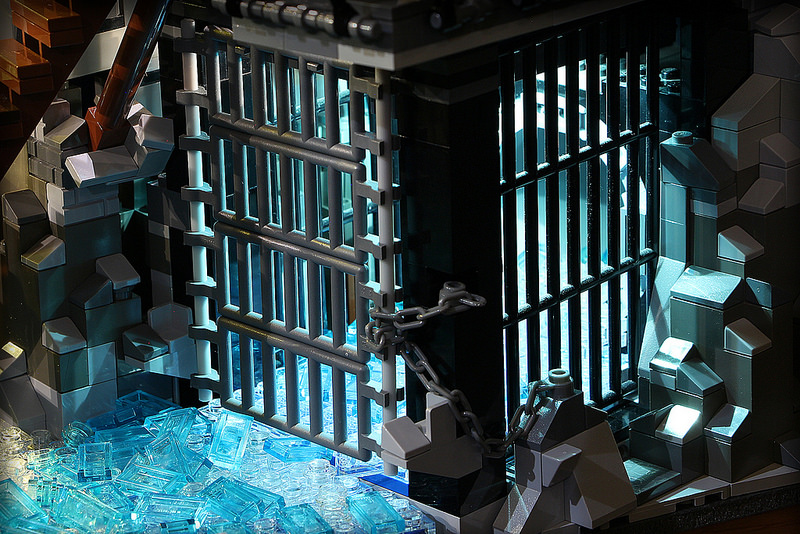