With fellow animated show Adventure Time becoming a retail set soon, it seems a shame that the famous Dragon Ball series will probably never see an official set (perhaps thanks to a few scenes involving a blue-haired character and her underwear).

Regardless, the beauty of being a LEGO fan is being able to make what the company won’t, and today Logey Bear did that with the Saiyan prince Vegeta. 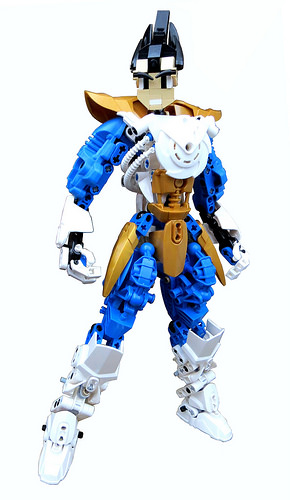 While this is a remix of the builder’s previous model, the addition of the warm gold armour pieces to make up the well-known Saiyan armour, as well as a brick-built head (distinct “M” pattern hairline included) and there’s no mistaking who this is.

1 comment on “LEGO Vegeta; all the snark and aggression, but with more plastic”