I’m not really sure if this ruined town of Sandwood has anything valuable in the bank, but Deadeye Bill and his gang wants to give it a “shot” anyway. General Magma masterfully creates this action scene with smoking guns and also includes a little story on the side. Facial expressions of the figures are very carefully selected and body movements are just perfectly arranged. Blood splatter on the sheriff and the collapsed wall on the left building turn out to be nice finishing touches. 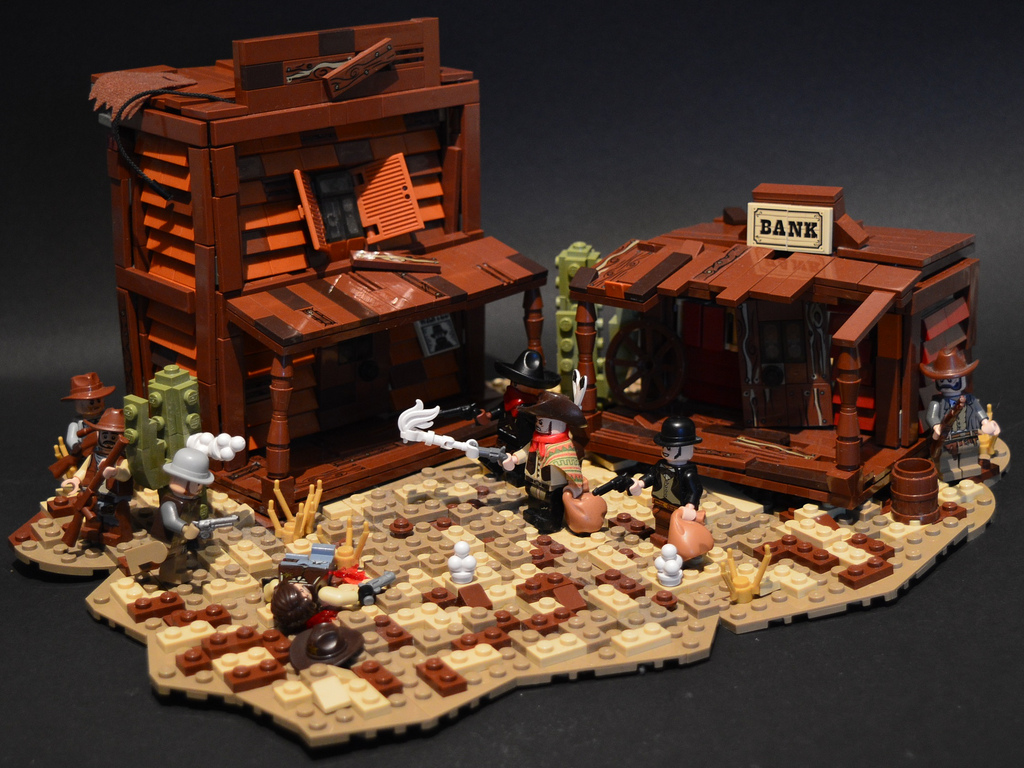 “Deadeye Bill and his gang were at it again. The most notorious gang known to Sandwood Town came to snatch up a couple of sacks o’ gold at the local bank, as usual. ‘Not if I got somethin’ to say bout that’, Sheriff Dave must’ve said, before gettin’ shot down by Leroy “the Gambler”, one of Bill’s fellow outlaws. Cold as a wagon tire. And the other one, Dynamite Juan “the Mexican”, was just shootin’ away at it. This robbery committed by three dodgasted chuckleheads soon became one of the bloodiest shootouts ever seen by this rottin’ little town…”