To avoid duplication and showcase a broader variety of LEGO creations, we don’t often feature updated versions of LEGO models we’ve already highlighted, even if they’re significantly improved. But Will Galbraith and his friend Takamichi Irie decided to collaborate on an improved, more functional version of Taka’s BB-8, and the result gets a huge thumbs up from me! 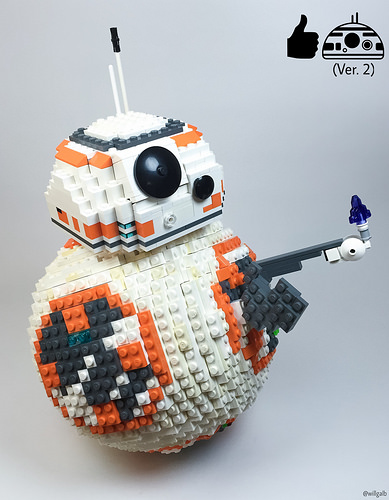 The main challenge was that Taka was off in the UK studying, with Will back in Japan. The pair collaborated remotely to research BB-8’s various compartments, disassemble Taka’s original model, add the compartments to the sphere, and update the design of the head. Will documented the whole process on Twitter, so be sure to check that out — along with Will’s write-up on Flickr.