Norwegian LEGO builder Henrik Lorentzen has built a life-size LEGO model of the wonderful droid BB-8 from The Force Awakens. Though not quite as adorable as a pug dressed in a BB-8 hoodie (which I saw at the dog park today), this LEGO BB-8 has all the charm of the droid in the movie. 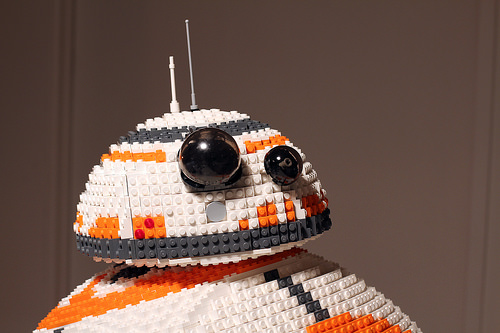 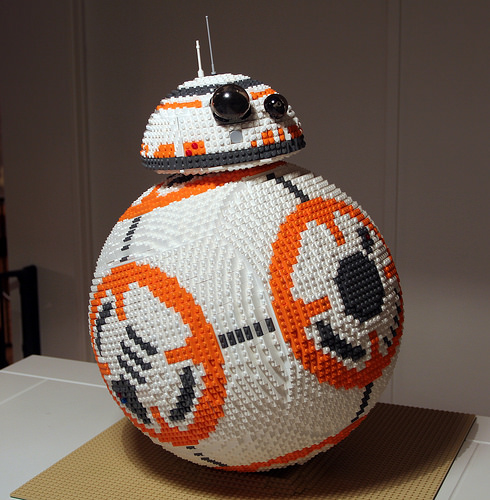 With a LEGO event at his local theater in November and the movie coming out in December, Henrik gathered all the parts he needed in September and began building, finishing it just in time for the event on November 6.

LEGO BB-8 is composed of six curved panels that fit together. 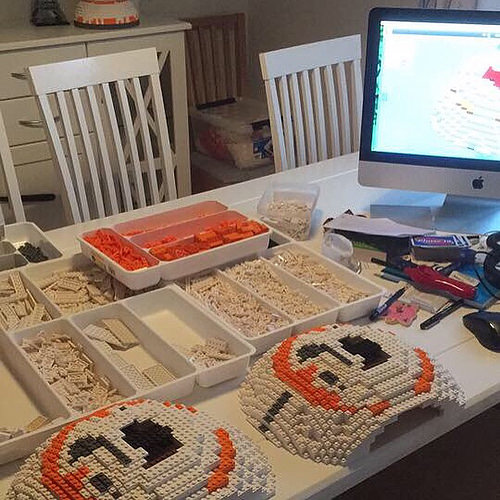 The interior is braced with a lattice of Technic beams. 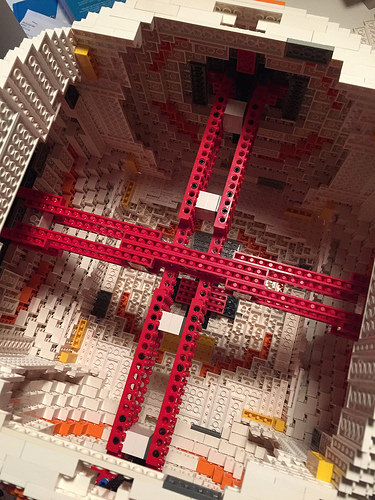 After the event at his theater, Henrik designed a smaller BB-8, seen here chilling in the snow. 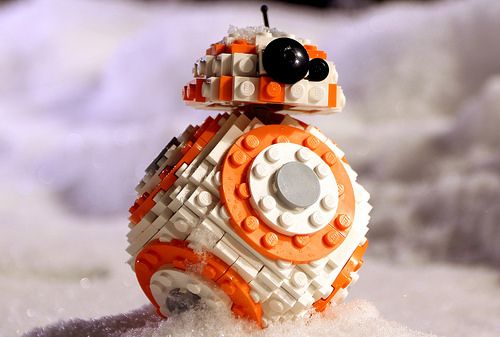 You can build your own BB-8 by following the instructions in this video:

Read more about both of Henrik’s LEGO BB-8 models in his post on Medium.com, and check out his album on Flickr.